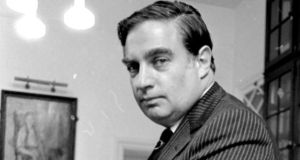 The Eighth Amendment wording would ‘lead inevitably to confusion and uncertainty, not merely amongst the medical profession... but also amongst lawyers,’ Peter Sutherland wrote.

On February 15th 1983, Garret FitzGerald’s government took the usual step of publishing the advice of his attorney general Peter Sutherland on the Eighth Amendment. It ran as follows:

“In summary: the wording is ambiguous and unsatisfactory. It will lead inevitably to confusion and uncertainty, not merely amongst the medical profession, to whom it has of course particular relevance, but also amongst lawyers and more specifically the judges who will have to interpret it.

“Far from providing the protection and certainty which is sought by many of those who have advocated its adoption, it will have a contrary effect. In particular it is not clear as to what life is being protected; as to whether ‘the unborn’ is protected from the moment of fertilisation or alternatively is left unprotected until an independently viable human being exists at 25 to 28 weeks.

“Further, having regard to the equal rights of the unborn and the mother, a doctor faced with the dilemma of saving the life of the mother, knowing that to do so will terminate the life of ‘the unborn’ will be compelled by the wording to conclude that he can do nothing. Whatever his intention he will have to show equal regard for both lives, and his predominant intent will not be a factor.

“In these circumstances I cannot approve of the wording proposed.

“The use of the word ‘unborn’ in the proposed amendment is significant because it has not to my knowledge been used before in a similar context, that is as a noun standing on its own. The word is usually taken in association with ‘child’, ‘person’ or ‘human being’. The word, used as a noun, is not in fact defined in any of the standard English dictionaries. The reason why it is used in the proposal, without any supporting noun, deserves detailed consideration, as this is the word which defines the class to be afforded protection.

“The Irish text of the proposed amendment, which must prevail in cases of conflict and which corresponds to ‘the unborn’ in the English, can be translated as ‘the unborn living’ or ‘the living unborn’.

“In the event that the Supreme Court is called upon to construe the proposal, it could come to a number of different conclusions as to the definition of the class which is afforded protection. Undoubtedly a view which might commend itself to the court is that all human beings fall within the ambit of the amendment, and that a human being comes into existence when the process of fertilisation is complete.

“It is, I believe, the position of many in the community that the inalienable right to life attaches to the newly fertilised ovum prior to implantation. The consequences of such a definition of the commencement of human life are matters on which medical opinion would be required.

“If, as would appear to be the case, it is correct to state that certain contraceptives can operate after fertilisation, then these would be abortifacient if human life commences on conception. Thus the importation, dissemination and use of such contraceptives would be prohibited, and as an example, the use of the ‘morning-after’ pill in the treatment of rape victims will not be permissible, nor will the use of such contraceptives in certain conditions of the health of a woman - e.g. valvular heart disease, diabetes.

“As I stated earlier there are, however, other conclusions that the Supreme Court might reach in defining what is meant by ‘unborn’. It might simply conclude that the question cannot be answered definitively. (In considering the rights, if any, attaching to life before birth in the United States the Supreme Court there determined that to attempt to reach a conclusion on the issue would be to speculate because ‘those trained in the respective disciplines of medicine, philosophy and theology are unable to arrive at any consensus’.) Other conclusions might be that human life commences at the moment of implantation of fertilised ovum or when brain activity commences.

“However, the point of time for which the most compelling legal argument could be made, other than the time of fertilisation, as being the moment of commencement of protection, could be said to be the time when the foetus becomes independently viable. I understand that this is probably at some time between 25 and 28 weeks of pregnancy.

“Such a construction could be supported by an argument that ‘unborn’ could be regarded as being applicable only to something capable of being born. The word ‘unborn’ used as a noun must, as a matter of language, mean ‘unborn person’, ‘unborn child’ or ‘unborn human being’. It could be argued that neither a fertilised ovum, a fertilised and implanted ovum, an embryo or even a foetus prior to the time when it is independently viable, would come within this definition.

“The consequences of such a finding could be that there would be no constitutional prohibition on abortion prior to this stage of pregnancy.

“The next issue that is raised by the proposed amendment is the meaning and effect of the words ‘with due regard to the equal right to life of the mother’.

“The meaning of ‘with due regard to’ is entirely unclear. These words are generally perceived to allow for, at least, termination of the life of the foetus in the case of ectopic pregnancy or cancer of the uterus. The words ‘with due regard to’ have been understood by many to suggest that the right to life enjoyed by the unborn was to be confined in some way. That interpretation is in my opinion incorrect. (The word ‘comh cheart’ in the Irish text is literally ‘the same right’.)

“The right to life of both the unborn and the mother is stated in the proposed text to be equal, and in these circumstances I cannot see how it could be possible knowingly to terminate the existence of the unborn even if such termination were the secondary effect of an operation for another purpose.

“The issue of intention does not arise in the proposed amendment, and thus, it seems to me, that even if the termination of the pregnancy is an incidental consequence of an operation to save the life of the mother, it could be prohibited. The correct logical consequence is that the right to life provided for the unborn is absolute.

“If a doctor were to be faced with the choice as to saving the life of one, and thereby terminating the life of the other, then I believe that the only lawful conclusion to this dilemma would be that he could do nothing, absolutely nothing, which is infringed on either right. It is only where there is no possibility of the foetus surviving, even without the doctor’s intervention, that no difficulty will arise.

“Whatever about such a clear-cut factual situation, the difficulties of applying the provision to other circumstances will be considerable. There may be cases where a doctor will have to consider whether he can treat a prospective mother for an illness which might otherwise shorten her life expectancy if this treatment will threaten the life of the foetus.

“The proposed amendment will in my view tend to confuse a doctor as to his responsibilities, rather than assist him, and the consequences may well be to inhibit him in making decisions as to whether treatment should be given in a particular case.

“The consideration of the points which I have raised is of particular importance having regard to the difference in principle between an ordinary legislative provision and a statement in the Constitution.

“While a view may be formed as to the likely interpretation of a given constitutional provision at a particular time, such an interpretation is open to review in the future. One is considering in this instance a provision which is intended to stand the test of time. This type of constitutional provision, by its nature, is a statement of broad general principle. The fact that the interpretation of such provisions is often a complicated and difficult task is evident from the very many reported judgments on the Constitution which have been delivered by the Supreme Court. I draw attention to the ambiguities in the proposed draft because to do otherwise might suggest that the words are susceptible to only one interpretation.

“It is further to be borne in mind that this constitutional provision, whilst a statement of general principle, will be susceptible to enforcement in various ways through the civil and criminal law. Uncertainty as to its meaning and effect could have the most serious consequences. These ambiguities and uncertainties are inherent in any statement of a general right, since the scope and extent of such a right must be settled by the Supreme Court, and often this will become definitive only after perhaps a number of references to the court.”