People don't trust charities and feel salaries are too high

Survey on charities published as part of Charities 2037 report 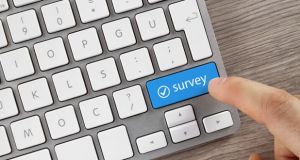 The general public are distrustful of charities and feel salaries in the sector are too high, new research indicates.

A survey of 1,000 people completed as part of the Charities 2037 report found that trust in charities among the sample was less than a third, while over 80 per cent of respondents felt charities need to be more transparent in their financial affairs.

The findings, which were compiled by Ámarach Research on behalf of the Charities Institute Ireland (CII), point to there being “no evidence of a trust recovery” in charities following a succession of pay-related scandals over recent years.

Exactly 60 per cent of those surveyed either strongly agreed or slightly agreed with the statement “wages in the charity sector are too high”.

Such views were accentuated among staff at charities, with 94 per cent of the 364 staff surveyed at various organisations concluding that more transparency is needed in how money is spent, and close to 80 per cent agreeing with the point about merging similar bodies.

These trends were repeated across a sample of 101 volunteers who were also surveyed.

The research results have been released in advance of the launch of the Charities 2037 Report this morning, and CII chief executive Lucy Masterson says the data will feed into a broader strategy for the community and voluntary sector over the next two decades.

“The study reveals that there is a huge appetite for change, and I think that needs to be recognised in the sector itself,” said Ms Masterson, whose body represents 180 of the approximately 8,500 registered charities in Ireland.

“The sector has been a core part of Irish society, but it has gone unregulated. This is an opportunity to really have a strategic view into where the sector is going into the future.”

She added that while many charities have embraced openness and accountability to funders, be they in Government or amongst the general public, there remains a prevalent issue with some organisations filing abridged accounts which reveal little about their financial structure.

“Why would you file abridged accounts, it isn’t acceptable. As a sector we need to be able to explain very clearly to the people who fund us and who support us where their money is being spent, and what impact it is making,” she told The Irish Times.

The survey findings outline a number of perceived contradictions in public views, including the desire for more professional, top-quality services which people feel should be run by volunteers without large overheads.

Among the recommendations put forward in the study is the need for a measure to show the impact of work being done by charities, ie how much money goes into a project or service and what the manifest result of that investment is, in order to demonstrate value for money to funders.

The survey also reveals frustrations about Government’s reliance on the voluntary sector to provide many essential services, as well as the encumbrance on charitable organisations to report to and be accountable by a multiplicity of public bodies.

Included in the report are testimonies from charity staff who attest to feeling overworked and under pressure in their current role.

“I’m at essentially CEO level in an organisation, I’m paid under €50,000, have huge responsibility and a work load that takes over my life. Professionally, said workload also means I fire-fight 90 per cent of the time, which drastically reduces any job satisfaction,” said one anonymous respondent.