Group made €2.3 million profit in 2015 and paid €3 million rent to Bon Secours order 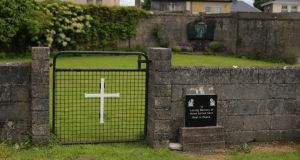 The site of a mass grave for children who died in the mother-and-baby home in Tuam, Co Galway. Photograph: Niall Carson/PA Wire

The Bon Secours order of nuns which ran the former Tuam mother and baby home now runs one of the largest private hospital groups in Ireland and has a substantial property portfolio.

The order’s hospital group produced a profit of €2.3 million in 2015, during which year it paid €3 million to the order in rent.

Founded in France, the first sisters from the Bon Secours (good help) order came to Ireland in the years after the famine and were soon involved in providing a range of services to the sick and the poor.

The order opened its first hospital in 1951, in Glasnevin, Dublin, and the group now also operates hopitals in Galway, Limerick, Cork and Tralee, as well as a care village in Cork. In 2015 it had about 2,700 staff who worked with 350 medical consultants and saw more than 200,000 patients.

Company filings for Bon Secours Health Systems Ltd, with a registered office on College Road, Cork, state that the group plans to invest up to €150 million in its facilities in the period to 2020.

The group had income of €230 million in 2015, and total equity at year’s end of €132 million. Among its loans was a €12.4 million it had from Bon Secours Sisters Ireland and a note to the accounts says Bon Secours Trustees holds a charge of the group’s property in respect of the loan.

During 2015 the group paid €3.99 million to the sisters in respect of building leases and loans, having paid €4 million the year before.

There was one sister and six non-religious, including five men, on the board during 2015.

Bon Secours Trustee Unlimited Company holds property in trust for the Bons Secours Sisters of Paris, in Ireland, according to its company filings. It does not give a value for this property. There are seven directors on the company’s board, all sisters.