Day also includes talks on mental health, a march and an all-women episode of ‘Fair City’ 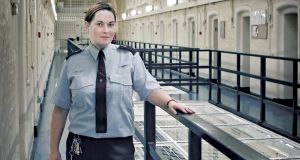 Laura Kennedy, a prison officer in Mountjoy men’s prison. Detail from photograph by Beta Bajgart for her exhibition A Woman’s Work 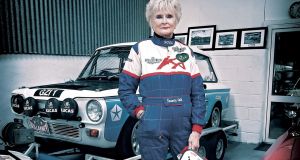 Rosemary Smith, a rally driver who has completed the rallies of Monte Carlo, the Circuit of Ireland, the Safari, London-Mexico, and the epic 17,000km London-Sydney. She is the only woman ever to win the Dutch ‘Tulip’ Rally (in 1965). Detail from photograph by Beta Bajgart for her exhibition A Woman’s Work 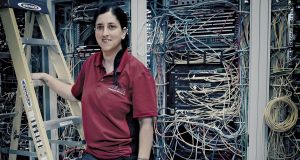 Lena Singh, contracts manager for a network telecommunications company. Detail from photograph by Beta Bajgart for her exhibition A Woman’s Work

A photographic exhibition of women who work in traditionally male-dominated roles is among the events taking place in Dublin to mark International Women’s Day on Wednesday.

Beta Bajgart’s A Woman’s Work book of photographs depicts firefighters, pilots and an industrial abseiler, among other jobs. Photographs from the book will be displayed in Dublin Castle until April 8th.

The National Women’s Council of Ireland (NWCI) is to hold a conference in the RDS in Ballsbridge on women’s mental health rights as part of the World Congress on Women’s Health which runs throughout this week.

The NWCI conference will hear from author Marian Keyes as well as the UN Special Rapporteur on the right to physical and mental health Dainius Puras, along with other experts.

The HSE will host a seminar on women and leadership roles, at the Royal College of Physicians on Kildare Street, while other events to mark the day will take place in Donegal, Limerick, Wexford and elsewhere.

On Wednesday evening an episode of the RTÉ soap opera Fair City will feature an all-female cast.

Pro-choice activists have called on women to join the nationwide “Strike4Repeal”on Wednesday which will culminate in a ‘March4Repeal’ in Dublin city centre in the evening, urging the Government to hold a referendum on repealing the Eighth Amendment.

Organisers are not calling for a traditional industrial strike, but say there are many ways for people to support it, such as taking the day off work, not doing domestic chores if possible, asking local businesses to close in support or to wear black in solidarity.

The “Strike4Repeal” takes inspiration from similar protests in the US, Iceland and Poland. Polish women will again strike on International Women’s Day following a similar demonstration last October when they took to the streets to oppose restrictive abortion regulations which the government was trying to introduce.

To mark the occasion, a Polish newspaper has encouraged international publications to run a letter condemning the US administration of Donald Trump and its attitude towards women.

The letter by the Gazeta Wyborcza warns of the perils facing women’s rights, based on recent trends in Poland, and urges women to oppose infringements on such rights in the US and other countries.

“We must not allow for fascism and other mistakes of the past to be put forward as solutions to the challenges of today. It is our unshakable conviction that women’s rights are human rights.”

People who support this message have also been invited to register on a “global roll call” on the website CountMeIn.pl.