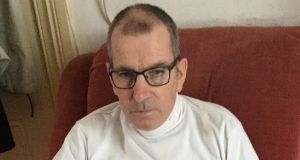 Johnny Murphy: ‘The prescription charges are another one I’m disappointed with.’

John Murphy suffered a severe spinal injury 27 years ago in a motor cycle accident which left him unable to work.

The Cork man currently receives €193 per week on his disability allowance. From the last week of March, there will be a €5 per week increase in all weekly social welfare payments, including disability.

However, the 50-year-old told The Irish Times that budget 2017 was as a “slap in the face” for people with disabilities.

“The disability allowance I get is currently €193 per week and this is set to increase to €198, but in my mind this is not good enough.

“I would have liked to see the disability allowance increase in line with the old age pension. It’s very hard for a person who would like to be out working but can’t because of their disability live on less than €200 per week,” Mr Murphy told The Irish Times.

The Cork man said that he would “love” to be able to work but hasn’t been able to because of his accident.

“The prescription charges are another one I’m disappointed with. A 50c reduction doesn’t do a lot for us. I personally think that it should be done away with. This budget just hasn’t helped anyone who has a disability at all.

“Overall, budget 2017 doesn’t do anything for us; it neither puts us up or down. We are again left in the shadows on Budget day,” added Mr Murphy

1 One hundred Irish retailers for all your online Christmas shopping
2 Covid-19: Backlog forces HSE to skip calls to thousands of close contacts
3 School ordered to reopen after closing due to Covid-19 fears
4 Suzanne Lynch’s US Election Diary: Trump ‘walks out’ of TV interview at White House
5 Covid-19 Explainer: Why is the contact tracing system getting swamped?
Real news has value SUBSCRIBE