One in five tenants occupy houses too big for their needs, finds Dublin council report 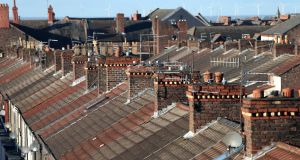 Age Action spokesman Gerard Scully says older social housing tenants are “not house-blockers” and should not be forced out of their family homes. Photograph: Peter Byrne/PA Wire

Almost 5,000 of Dublin City Council’s 24,000 social houses and flats are “underoccupied” with more bedrooms than residents, according to new figures from the council’s rents department.

One in five tenants occupy social houses that are too big for their needs. The situation is most acute in four-bedroom houses, 45 per cent of which have three or fewer occupants and more than 1,000 spare rooms.

Independent Dublin city councillor Nial Ring said this cannot continue given the housing crisis, and older tenants whose families have left home should be incentivised to give up their big houses.

However, Age Action spokesman Gerard Scully said older social housing tenants were “not house-blockers” and should not be forced out of their family homes.

An analysis of the council’s 24,131 tenancies shows that 4,946 houses and flats have fewer residents than bedrooms.

With some larger houses having only one or two occupants, there are at least 6,218 “spare” rooms in the council’s stock of social homes. The council said it currently had “no specific incentives” in place to encourage tenants in larger houses to downsize to smaller units, but those willing to downsize were given a “level of priority” on the council’s transfer list.

Almost 20,000 families and individuals are on the city council’s housing waiting list.

Mr Ring said more needed to be done to free up larger houses. “You could have a single tenant paying €30 a week for a four-bedroom house. Saying these people have a ‘level of priority’ is not good enough – moving people who are willing to give up big underoccupied houses to move to a one-bed should be a top priority. ”

The number of spare rooms could be even greater than the figures indicate, Mr Ring said. “If there were married couples in these houses, there could be another 3,000 spare rooms out there.”

The council must increase its supply of one-bedroom units, particularly in areas where there were large numbers of underoccupied homes, he said.

Mr Scully agreed there should be incentives for older people to downsize, but said people should not be forced to move away from family and friends.

“These people are not house-blockers, they are just people living in their family homes, where they have paid rent and lived their lives. Their houses may not be fully occupied, but they should not be made feel they have to move against their will.”

Four-bedroom houses account for 1,234 of the stock of social homes, and 550 of these have three occupants or less, with 219 having just two residents, and 120 occupied by a lone tenant.

In total there are at least 1,009 spare rooms in four-bedroom houses.

The council’s largest stock of homes have two bedrooms. Of these, 8,681 homes, almost a quarter are occupied by a single tenant.