Concerns voiced about segregation and lack of provision for independent living 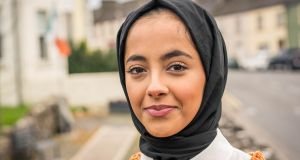 Sara Althabhaney (18) who moved to Ireland from Yemen when she was 13, said the years of uncertainty when awaiting a decision on an asylum claim were hugely detrimental to people’s health. Photograph: Keith Heneghan

The Government’s commitment to ending direct provision has been welcomed by residents who have been stuck in the troubled accommodation system for years.

However, a lack of clarity as to how the Government plans to clear the backlog of asylum applications is “a huge problem”, one such resident said following the publication of a long-awaited White Paper on the matter.

Ola Mustapha, who has lived in direct provision with her three children for seven years, said the policy document focuses too much on accommodation without enough detail on how to speed up the international protection process.

She expressed concern that Minister for Children Roderic O’Gorman was taking on the “majority of the burden” of transforming the system without clear commitments from Justice officials as to how they planned to process the 4,951 people currently awaiting a decision on their application.

Ms Mustapha disagreed with claims that building and acquiring housing for asylum seekers risked leaving other vulnerable groups and homeless people without a home.

“We’re not saying put us at the top of the queue before Travellers or people who need accommodation. We’re just saying house us like human beings and don’t segregate us from society. The fact that I came here for asylum does not make me a criminal, I should be allowed to live like a human.”

The large sums paid to private contractors to manage direct provision centres over the past two decades should now be used to build new housing for all vulnerable groups, she said.

Sociologist and LGBTQ rights activist Evgeny Shtorn, who left direct provision in 2019, said the Government must prioritise ending institutionalised living as quickly as possible, describing the current housing model as detrimental to Irish society and the State’s integration efforts.

“The main problem is adults are forced to live for an undefined length of time in an institution when we are perfectly capably of living independently,” said Mr Shtorn. “If the White Paper addresses what direct provision represents, rather than direct provision itself, then I think we will see change.”

The long wait for a ministerial letter of approval after an applicant has received their status recommendation from the International Protection Office must also end, said Mr Shtorn. “The length of time people are waiting is one of the biggest problems and the delay of the ministerial letter is an additional complication which could easily be removed.”

Sara Althabhaney, an 18-year-old first-year undergraduate student in forensic science at the Galway-Mayo Institute of Technology, said the years of uncertainty when awaiting a decision on an asylum claim were hugely detrimental to people’s health.

Ms Althabhaney, who moved to Ireland from Yemen when she was 13, said the long wait badly affected her mother who was diagnosed with depression.

“It really impacted her, she was always stressing over it. And even after we got the initial papers there were so many things we had to apply for. She kept wondering what if they don’t accept me after all these years? What if they send me back to the place I left for my children’s safety?

“The process should be easier and faster. If a person comes from somewhere like Yemen, they already have the stress of leaving the people they love everyone back home, knowing they might never see them again.”