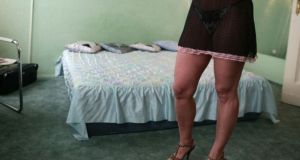 Minister of State for Training and Skills John Halligan’s declaration that clients of sex workers should not be criminalised could lead to increased numbers of women being trafficked into Ireland, a lobby group has warned.

During an interview with Hot Press, the Independent TD said he strongly disagreed with criminalisation calls, saying that sex workers should be regulated and subject to regular health checks.

“I think that’s a bad way forward. My worry with this legislation is that, were you to make it illegal for a man to see a prostitute, it will drive it underground,” he told the magazine.

“Why would we want to fine somebody or make it a criminal offence for two consenting adults to have sex? Isn’t it a natural instinctive reaction to enjoy sex, to enjoy pleasure?

“So, they’re told, ‘no!’ So, there’s an opportunity for them maybe to pay for it and we’re saying ‘no’! That’s cruel. For men or women, that’s cruel. So, I think, absolutely. It should be regulated,” he said.

However. Ruhama, a Dublin based organisation which works with women “affected by prostitution”, said legislation which criminalises clients instead of prostitutes is needed.

Its chief executive Sarah Benson said legalised, regulated prostitution such as in Germany and the Netherlands “has increased trafficking including in the regulated sector”.

She added that the only policy measure which recognises that sex work is “inherently harmful” and “inextricably linked to organised crime” is one which targets pimps, traffickers and buyers.

However, the Sex Workers Alliance Ireland said it was happy that a Government Minister was questioning the “dangerous proposals” contained in the Criminal Law (Sexual Offences) Bill 2014.

The Turn Off the Red Light campaign, of which Ruhama is a member, said that it continues to call on the Government to enact the legislation, focusing the law on the buyers of sexual services, rather than those supplying them.

But the Sex Workers Alliance Ireland said the proposals contained in the legislation will continue to criminalise sex workers, namely those who work on the streets or indoors in groups of two or more.

The organisation, said a member, supported decriminalising both the buying and selling of sex, but did not support the type of “overly regulated” legalised sex industry which exists in Germany and the Netherlands.

“If the industry is in a legalisation model it is much more overly regulated. It’s actually only the very privileged few workers who can jump through all the hoops and work independently,” she said.

“Many people who are limited in their options are being led to work in those mega brothels and windows which, of course, is not a good place to work and then all the rest end up in the black market.

“So we would definitely advocate for a decriminalisation model, which would be best represented in New Zealand, which has been in place since 2003. Both the police there and sex worker organisations say it has lead to a vast improvement in the relationship with the police and many sex workers now have access to the information and supports that they need.”

Research published by Queen’s University Belfast in 2014 in which 170 sex workers were surveyed found that just 2 per cent of respondents supported the criminalisation of clients.