Hundreds with intellectual disabilities still in institutions despite pledge

HSE commitment failing, as just over 650 of 2,370 adults moved from group homes 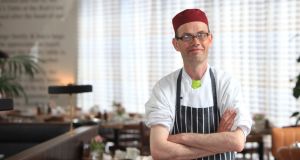 In the six years since the HSE committed to moving thousands of people with intellectual disabilities out of institutions, just over 650 have been.

Despite a call in a HSE-commissioned report in 2011 that all “congregated settings” be closed by 2018, by the end of last year some 2,370 adults remained living in more than 70 such residential group homes.

The majority have been there for 15 years or more, where, according to the HSE, they “lack basic privacy and dignity and live their lives apart from any community and family”.

The Disability Federation of Ireland, which is hosting an international conference on de-congregation in Dublin on Monday, describes the failure to move people from institutions into homes in the community as a “clear human rights issue”.

Specifically, Monday’s conference will discuss the programme Unlocking Freedom, an EU-funded project of which the Disability Federation of Ireland is the lead organisation of similar groups in France, Bulgaria and Finland. It aims to bring adult education and training to people with intellectual disabilities in institutions, to empower them to live independently with supports.

Among those who have benefited is Edward Rynne (47), who lived for 30 years in Stewarts Hospital – now known as Stewarts Care – in Palmerstown, Dublin.

Originally from Finglas, he grew up in Ballymun and was placed in Stewarts in 1984, aged 12. His older brothers, who also have intellectual disabilities, had been placed there before him and both remain in Stewarts.

However, since March last year he has shared an apartment with a friend and has a five-day a week job in the kitchen at the Red Cow Moran Hotel in Dublin.

“I went to Stewarts school and then in 1989 I went to Mill Lane [a training centre on campus] to do work experience – woodwork, art and working in the kitchen.” He also moved at this stage into a bungalow on the grounds, which he shared with nine other residents, with staff on 24 hours a day.

He says he was woken every weekday morning at 7 am and would “get a wash”.

“Then we’d have breakfast: a bowl of flakes, toast and a cup of tea.” He would return from his training centre to the bungalow for lunch and dinner, and all meals came from the central kitchen.

He lists them, including, “liver one day, then salad another, a fry on Thursday, fish on Friday, a roast dinner on Saturday and Sunday, sometimes a takeaway”.

Sometimes they went “for a drive” he says. Asked if he ever thought he would leave the home, he says: “I could see nowhere I could go.”

Stewarts Care, a participant in Unlocking Freedom, sought volunteers among residents to move out in recent years. Some 52 expressed an interest, though Stewarts had access to just 11 spaces in apartments owned by the Clúid housing association in Adamstown, Dublin.

Before moving out Mr Rynne received a year’s training in self-care, household, budgeting, staying safe, interpersonal skills and skills such as time management and using public transport and mobile phones.

He pays rent and bills from a joint account with his flatmate. He cycles the more than 10km to work each day and “loves” his work cleaning and chopping vegetables, steaming them and plating up starters and desserts.

“I love buying my shopping in Aldi and cooking. Friends visit. We watch TV. I can have a sleep-in. I’m free.

“Some people said they didn’t think I could do this, but I said I’d do it for myself. It was my choice, and I have a better life.”

A spokeswoman said the HSE planned to “transition 170 people from congregated settings” in 2018, and a third of those still in institutions would move out by 2021.