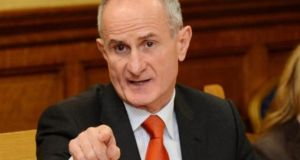 The Irish Human Rights Commission said Martin McAleese’s investigation into the institutions fell short as the remit did not allow him draw conclusions on the human rights obligations of the State.

The Irish Human Rights Commission (IHRC) has repeated its 2010 call for a statutory inquiry into the Magdalene laundries.

It also said comprehensive compensation was needed for survivors of Magdalene laundries including unpaid wages and pensions and rehab for forced labour, a watchdog has claimed.

In its Follow-up Report on State Involvement with Magdalen Laundries, published today (Tuesday), the IHRC found “the State failed in its obligations to protect the human rights of girls and women in the laundries.”

It called for “a comprehensive redress scheme that provides individual compensation, restitution and rehabilitation for the women in accordance with the State’s human rights obligations.”

This followed its review of the facts set out in the report of the Interdepartmental Committee chaired by Senator Martin McAleese, presented to Government last February and, after it revisited its own 2010 report “in light of information now available”.

It concluded: “Girls and women placed in the Magdalene laundries did not have their human rights fully respected in relation to equality, liberty, respect for private lives, education, and to be free from forced or compulsory labour or servitude.”

Des Hogan, acting chief executive of the IHRC told the media today that the mandate of the McAleese Committee was fact-finding only. “It had no remit to consider the human rights law or indeed any legal implications of the placement of girls and women in the laundries by the State and other actors”, he said. “Our report takes the facts established in the McAleese report and filters them through the prism of the human rights obligations ofthe State,” he said.

He noted “the duty of the State to vindicate the rights of its citizens under the Constitution and under international human rights law. Our report today focuses on this duty.”

Sinéad Lucey, senior enquiry and legal officer with the IHRC, emphasised that it was “not an investigative report. It is a human rights analysis drawning from all the information at our disposal, including the additional information which has come to light through the McAleese report.”

The McAleese report considered “only the actual acts of State engagement with the laundries”, while the IHRC reflected on “the wider issue of State responsibility.” This included its “actual engagement” with the laundries through, for example, commercial contracts for laundry services, its use of laundries as State remand or social care facilities, and whether it exercised “due diligence” over what went on in the laundries where compulsory or forced labour was concerned,for instance.

IHRC commissioner Prof Siobhán Mullally said they were calling “for a comprehensive redress scheme that provides individual compensation for the impact of the human rights violations which occurred to each individual woman who resided in the laundries.”

What was clear “is that the issue of remedies is not a case of one size fits all,” she said.

“The laundries were commercial enterprises that operated on a low cost basis to provide services to the public and indeed the State,” she said. “I’m sure it is a shock for all of us to learn that the State benefitted from services that were based o n forced or compulsory labour in the past.”

Formally launching the report, acting chair of the IHRC Mark Kelly also called for “the formal appointment of a Chief Commissioner designate and the completion of the Irish Human Rights and Equality Commission Bill. ”

The IHRC issued other recommendations which included:

- Restitution and rehab for survivors including housing, health and welfare, education and assistance to deal with psychological effects.

- The State should scrutinise its interactions with other parties to ensure regulatory and oversight functions are robust enough to prevent human rights breaches.

- Independent and prompt investigations into all credible allegations of abuse.

- Immediate introduction of compulsory inspections of residential centres for people with disabilities by the Health Information and Quality Authority.

- Reform laws to ensure a rigorous system of accountability and oversight in relation to the granting of licenses for exhumations and cremations.

The full IHRC Report is available at www.ihrc.ie