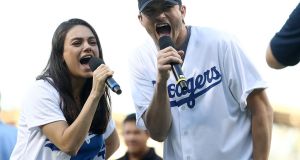 Mothers in the border counties have the most children and parents across the State are choosing some new names for their babies.

Statistics on motherhood in Ireland, published on Friday in time for Mother’s Day on Sunday, come from the Central Statistics Office (CSO) and draw on Census 2011 as well as the 2015 vital statistics and the 2015 Measuring Ireland’s Progress reports.

“July is the most popular month for having babies . . . while February is the least popular.”

And when it comes to naming children, things are changing. In the top-100 list for the first time in 2015 were George, Annabelle, Mila and Rosie, while Ollie and Mila were climbing the popularity ladder fastest. Jack and Emily were still the most popular boys’ and girls’ names.