Economic analysis: How to achieve the goals of No Child 2020

Proposals to tackle child poverty sound costly, but are tiny in terms of overall spend 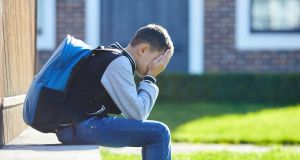 The scramble for budget resources is well under way ahead of the delivery of the package on October 8th by Minister for Finance Paschal Donohoe. The threat of a no-deal Brexit hangs over everything – the calculations, leeway, measures taken and targets.

Ahead of this, the Children’s Rights Alliance is making its pitch for key measures it feels are essential to give children a fair and decent start in life. The Irish Times No Child 2020 project has supported the alliance campaign with editorial coverage of the issues involved.

The challenge – which faces all campaigners – is that the scope to spend more in this year’s budget is severely limited. The specific measures outlined by the alliance would cost just under €300 million – and this is before suggested increases in targeted payments, such as those given to those on welfare payments with children.

Judged in the context of a likely leeway in the budget of about €700 million, this is a significant sum – particularly given the scale of other demands, for example for more general welfare increases, tax changes and so on. And there remains the risk of a no-deal Brexit adding significant extra spending demands to help sectors directly affected. More resources will be made available if this happens by allowing the exchequer finances to move into deficit next year, but it also risks squeezing out other spending plans.

Day-to-day spending is expected to be close to €70bn next year, while investment spending is not far off €10bn

The difficulty, traditionally, in Irish budgets is that ministers find it difficult to save money or cut programmes, except under severe pressure as happened in the economic crisis. And as we have seen during the water charges fiasco and in the debate over carbon tax, imposing extra charges to pay for spending is also politically controversial.

Such is the societal concern about family housing that you might imagine that politically it should still be possible to make extra cash here a priority – more is being spent already, but huge problems remain.

The challenge for the alliance – and it seems to have made some progress – is to get Government acceptance that while much of what it is looking for may be counted under the heading of day-to-day spending, it is an essential investment for the future. And one with a definite pay-off, even if it is hard to estimate.

It then needs to get the key goals accepted, even if they aren’t all implemented at once. We have seen in recent years how various tax-and-spending measures (for example increased tax allowances for the self-employed) have been phased in. And that once the process starts it tends to be written in each year as a matter of course, even if final delivery takes time.

The other key issue is directing resources where they are needed, with as little waste as possible. Here the alliance is wise to call for an increase in the payment for people on welfare with children, rather than looking for a rise in general child benefit.

Such targets help those on lower incomes, while child benefit is a universal payment to all. Indeed child benefit is a notable example of the difficulty of targeting help forensically, as any attempts to means test or tax it have met with fierce resistance and have been dumped.

A report last year found that €330 million of child benefit goes to households earning more than €100,000 a year – enough to pay for much of the alliance wish list. Yet the ink was hardly dry on the report before Minister for Social Protection Regina Doherty said there was no question of means-testing the benefit.

This is as clear an example as you could get on the difficulty of reforming spending to make it more effective. And it leaves those seeking progressive policies fighting in the bear pit with other interest groups and politicians, all seeking a share of the small amount available.

This has tended to lead to budgets giving small allocations here and there, rather than really tackling a couple of specific issues – such as the welfare of children.

The job for campaigners is to persuade politicians that the cost of many of the measures which could make a difference are actually quite modest, even if tackling the housing crisis is inevitably a costly exercise.