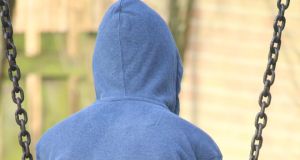 Ombudsman for Children’s Office report: “Children were acutely aware of the difference between themselves and their peers in relation to participating in social and recreational activities.”

Child asylum seekers are “acutely aware” of racism directed at them, “sad” that some Irish resent them, and hide their identity due to perceived “shame” of living in direct provision, a report published on Tuesday says.

The report, Direct Division, is from the Ombudsman for Children’s Office (OCO). Upsetting at times to read, it draws on interviews and workshops with 73 children, aged 12-17, in nine direct provisions centres at the end of 2019.

Children talked about hearing racist comments, like, “Go back to your own country”, in their local areas.

“They expressed fear when they heard about communities protesting about new direct provision centres . . . These children wanted to inform Irish people and communities about the hurt and pain and terror they experienced in their home countries because they feel many in this country do not understand the rationale for . . . seeking asylum.”

One boy told researchers: “I come from a place where there is war. In my school, officers used to come for the boys and put them in a truck and give them a gun and uniform . . . They were mostly 15-18. I was 13. If I was still there I would be taken.”

Living in direct provision was stigmatised and many children tried to hide this. One said: “There was a school trip and it was going past the [accommodation] centre and one person on the bus said: ‘Oh the zoo is coming’. They think we are like animals . . . There was a friend of mine who was on the bus who actually lived here, but she pretended she didn’t.”

One girl told researchers: “A friend said: ‘Irish people are paying for everything for you” and that made me feel uncomfortable. I felt confused and I did not want anyone to see me living here. I felt sad because it is not my choice to be here. If I could get papers and if I didn’t have troubles in my own country, I would not be here. I felt scared because she knows where I live.”

The isolation of centres, often outside rural towns, exacerbated the children’s sense of exclusion.

“The bus can only take us to school and bring us back, so we can’t stay late at school or do anything in town after school. We always get home at 20 past four, every day,” said one teenager.

The report notes: “Children were acutely aware of the difference between themselves and their peers in relation to participating in social and recreational activities. The inability of their parents to provide either private transport or to pay for public transport impacts their children’s ability to integrate into their local communities.”

One said: “Some children just don’t talk to me because they say I’m living here. They say they don’t talk to people who live in a dirty place, so I just keep quiet.”

The stigma around direct provision extended into the wider community. “In a number of areas, the participants spoke of being referred to in the local community and in school as ‘The [centre name] girls and boys’ or as ‘The [centre name] people’. These labels led to several children feeling ashamed of where they live.”

Several suggested it would benefit both local communities and the people living in centres, if people were allowed to visit for social or other occasions.