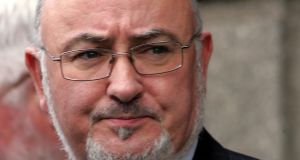 Caoimhghín Ó Caoláin: he described direct provision as a source of “shame”

Ireland’s direct provision system is in need of “fundamental and ambitious reform” or complete replacement, an Oireachtas committee report has found.

The Oireachtas Committee on Justice and Equality’s report into the State’s international protection system follows a series of hearings held this year on how the Irish asylum process should be improved.

Committee chairman Caoimhghín Ó Caoláin described direct provision as a source of “shame”, and called for greater transparency to ensure asylum seekers were treated with respect.

He said “root and branch” reform of the current system was needed or “preferably replacement”.

The fast-tracking of a backlog of applications and the employment of more staff to ensure the process is dealt with in “an effective and timely fashion” are among the 43 recommendations proposed in the report.

On accommodation, the committee calls for the introduction of own-door accommodation, an ambition it says cannot be achieved unless the State itself builds “fit-to-purpose, self-contained housing units”.

The report says the State must move away from its reliance on commercial companies and for-profit individuals for accommodation, particularly because these providers lack the necessary expertise to manage such centres. Full transparency around the finances of these private companies should also be a condition of any contract.

Approved housing bodies should oversee asylum seeker accommodation, while the current tendering process – which stipulates that providers accommodate a minimum of 50 people per centre – should be restructured so smaller providers can offer housing on a more flexible scale.

The report also says greater consideration should be given to the location of centres to avoid isolation and promote greater integration among communities.

Consultations with local communities and public information campaigns are also needed to address any misconceptions.

Local authorities should be legally obliged to develop integration strategies for asylum applicants ,while integration and transition plans should be available to those leaving direct provision.

The report recommends that the Ombudsman’s remit should be extended to include individual complaints in relation to how applications are assessed.

The use of B&Bs and hotels as emergency accommodation “must cease as soon as possible”, while victims of trafficking should be placed in gender-specific accommodation with tailored supports and services.

It says vulnerability assessments should be carried out on new arrivals, and all personnel working in direct provision must undergo extensive training.

The report also recommends that asylum seeker parents receive an additional allowance to support their children through school, and that unaccompanied minors under the care of Tusla not be transferred automatically into direct provision upon reaching the age of 18.

Social workers assigned to unaccompanied minors should also be legally obliged to seek legal advice on how to lodge a minor’s asylum application as soon as possible after their arrival.

The committee also warns that many asylum seekers are still barred from working. Applicants should not have to wait nine months before applying for a job, while those appealing a first rejection on their application should also be entitled to work.

The current six-month limit on work permits should be extended to one year, and barriers such as difficulties in obtaining a bank account, PPS number or driving licence must be addressed immediately.

The report says the Legal Aid Board should also receive increased funding to provide advice to asylum seekers soon after their arrival in the country. A refugee advisory board should also be formed to oversee the State’s asylum process and ensure appropriate standards are maintained.

As “no clear consensus” was heard during committee hearings on what might replace direct provision, an expert group should carry out an analysis of best global practice, which could be adapted in Ireland.