Dehydration and malnutrition ‘factors’ in death at HSE home 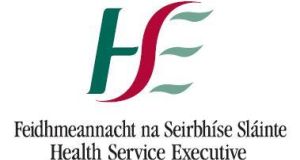 Extreme dehydration and malnutrition were “severe contributory factors” in the death of a man at an HSE-run centre for people with disabilities, according to post-mortem results.

The centre, Áras Attracta in Co Mayo, was the subject of a highly critical report by the Health Information and Quality Authority (Hiqa) last week, which found some residents were visibly under-weight and had gone without food for up to 15 hours.

The death of former resident Albert Loughney (72), who died in hospital, is being investigated by the Garda. An inquest is on hold pending the outcome.

However, The Irish Times understands that post-mortem results list the cause of death as sepsis due to acute bronchitis and bronchopneumonia, with “severe contributing factors of extreme dehydration and malnutrition”.

The HSE commissioned a report last November into the circumstances leading to Mr Loughney’s death. The report was completed in April.

The review involved a senior administrative officer with the HSE in Co Mayo, along with a GP and a nurse manager in a Co Mayo hospital.

It is believed it looked at issues such as what level of care Mr Loughney received before being transferred to Mayo General Hospital and at what stage a doctor was formally notified about his condition.

Inclusion Ireland, the umbrella group for people with intellectual disabilities, yesterday called for an independent examination of deaths at the centre.

“There was clearly a culture of malpractice documented in the Hiqa report which requires further examination,” said Paddy Connolly, Inclusion Ireland’s chief executive.

“If there are concerns over other deaths, then it requires independent oversight and someone to examine these issues. ”

A follow-up inspection in May found practices had “significantly improved” as regards nutrition, and an effective management system had been put in place.

The HSE said residents and their families can be assured management and staff will work with them to provide the “highest standards of care in the unit”.

However, Noel Giblin, of the Psychiatric Nurses Association, said management had failed to act on concerns about understaffing raised in 2008 and 2010.

Separately, a report obtained by The Irish Times under the Freedom of Information Act, shows that HSE management commissioned a report into some of these issues three years ago. A Review of Service User Dependency Levels and Projected Staffing Requirements – in March 2011 – states that staff levels were too low and absenteeism was three times what it should be.

“The staff are very hard working and enthusiastic but do need to be increased in number to deliver person-centred supports to a standard expected in 2011 and as mapped out in Hiqa standards,” it said.

At the time, it recommended staff levels be increased by 28 whole-time equivalents.

It said staff levels should be reviewed in specific areas and there should be a “ more active approach” to absenteeism.