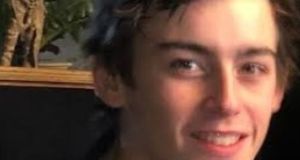 The funeral of a “beloved and adored” youngest son of an Irish family, who died after falling from a balcony in Australia, is to take place on in Brisbane on Wednesday at 10am (1am Irish time).

Cian English (19), originally from, Bullock Park, Carlow town but who was living with his parents Siobhan and Vinny and older brother Dylan, in the eastern Brisbane suburb of Hawthorne, suffered traumatic injuries when he fell from a balcony at the View Pacific resort in Surfers Paradise on May 23rd.

Three men were charged with his murder. Jason Ryan Knowles (22), Hayden Paul Kratzmann (20), and Lachlan Paul Soper-Lagas (18) have been remanded in custody until August 4th when their cases will be mentioned in court. They also face two charges of armed robbery and two counts of deprivation of liberty, on the Gold Coast located 74km from Brisbane.

The death notice posted on rip.ie by funeral directors, Carpenters of Carlow town, on behalf of Cian English’s family, describes him as, “Beloved and adored son of Vinny and Siobhan, much loved and cherished brother of Dylan and adored grandson of Bobby and Yvonne Webster and Teresa and the late John English.”

It adds: “He will by sadly missed by his loving heartbroken parents, brother, grandparents, aunts, uncles, extended family, relatives and his many friends.”

A procession and an outdoor service will be held in Brisbane and can be viewed on youtube.com/watch?v=rdk0O3yI0s. The cremation will follow the service.

It is planned for his ashes to be brought back to Ireland at a future date, when a further service will be held in the Cathedral of the Assumption Carlow, arrangements to be finalised.