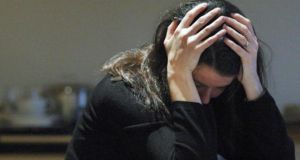 Groups representing young people in care have expressed alarm that the changes will place vulnerable young people at even greater risk of falling through the cracks of the care system.

Planned changes to the State’s care system will result in payments to foster families ceasing where a young person is not involved in education or training once they turn 18, according to unpublished documents.

Groups representing young people in care have expressed alarm that the changes will place vulnerable young people at even greater risk of falling through the cracks of the care system.

Details of the planned reforms are contained in a leaked document drawn up by officials in the Child and Family Agency and seen by The Irish Times.

The details have come to light just weeks after a damning report highlighted lapses in care provided to Danny Talbot (19), who died while in the State’s aftercare system.

Aftercare is the term given to support for young people in State care after they turn 18. Between 1,000 and 1,500 people between the age of 18 and 23 receive aftercare services. Foster family payments Plans are being drawn up by the agency to standardise payments to young people and foster families.

At present, foster families receive up to €350 per week to care for young people in aftercare , although the level of support varies dramatically in different parts of the State.

Under the plans – which the document states will come into force on September 1st – a national €300 aftercare payment will be divided between young people involved in education or training and their carers.

However, the payment will cease where young people are not involved in education or training. Instead, they will be guided towards drawing social welfare and seeking housing from either local authorities or in the private rented market.

“The net result will be that young people who leave care will be entitled to the same amount of funding whether they choose to undertake further education or not.”

But Epic, which represents young people in care, last night expressed alarm at the plans, which it said would end up placing already vulnerable young people at even greater risk.

“These are precisely the kind of young people who don’t have the resilience or skills to navigate their way through life. What kind of message are we sending as a State if the attitude is that they’re just a problem for the Department of Social Protection?”

Foster families provided crucial support to many of these over-18s, Ms Gargan said. Under the new policy, many of the most vulnerable would be left on their own, and at greater risk of ending up homeless. “We’ve had cases of kids falling through the holes in the system before . . . if this goes ahead, we can’t simply throw our hands up in the air at a future date and say there’s nothing we could have done,” she said.

While September 1st is listed in a document as a start date for implementation, the Child and Family Agency said in a statement that this time frame did not allow sufficient time for consideration and consultation.

It said there would be full consultation with foster carers and other stakeholders before any changes were implemented.