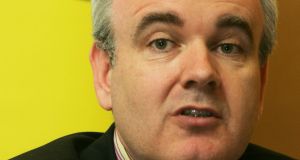 Human rights campaigners have called on the Government to state when it will ratify a United Nations treaty to protect people’s rights to housing, health and education.

Amnesty International called on the coalition to use its position as EU President to get other European nations to sign up the protocol.

“The poorest and most vulnerable families find it more and more difficult to cope when the supports they depend on are being eroded. Minimum standards in healthcare, housing and education must be protected from cutbacks,” he said.

“The Government must balance austerity measures with its legal obligation to protect human rights and to be accountable.”

Today the Optional Protocol to the International Covenant on Economic Social & Cultural Rights comes into effect.

The Government signed the treaty last year, but has not ratified it, so it cannot be used yet by people living in Ireland.

It will allow people to take a case to the UN if their human rights on adequate housing, food, water, sanitation, health, work, social security and education are violated.

Mr O’Gorman added: “Ireland can show its support for human rights by joining other EU member states in ratifying the optional protocol.

“But the Government can also go further, by using the EU Presidency to encourage our European partners to sign and ratify the protocol. This would give people a new way to win justice when their rights are being denied.”