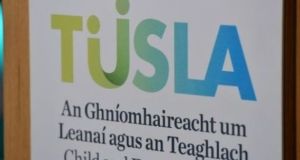 Tusla said the new system had been in development for several years and cost over €10m. Photograph: Alan Betson

Some 450,000 child protection and welfare cases will be accessible to social workers through a new national IT system unveiled by the child and family agency Tusla today.

Tusla said the system, which has been in development for several years and cost over €10 million, marked “a significant milestone” in child protection for the agency and the State.

For the first time, all 17 social work areas can access one integrated information system. Developing the system involved “migrating” paper files and spreadsheets from different areas.

The agency said the new database, which had been piloted and tested, would “ultimately improve the quality, safety, responsiveness and delivery of child protection services by supporting practice around the country, and capturing critical data on children who are the subject of a child protection or welfare referral to provide a timely, robust and effective service”.

Information will include details of screening, preliminary enquiries, assessments and the case notes.

Tusla said the NCCIS would replace current manual systems and various ICT systems which the agency inherited on its establishment in 2014.

It would also improve quality and efficiency through improved sharing of information between relevant professionals.

The system will also provide “appropriate management information” to enable “informed decisions at both strategic and operational levels”, Tusla said.

It will simplify caseload review mechanisms and enable “controlled” access to information and services being provided to children referred to the agency.

Tusla’s chief social worker Gerard Brophy said the system was particularly useful where a child had moved from one part of the country to another as it allowed social workers in each area to see the current status of the child’s situation and to act accordingly, “with immediate effect and putting the child first in each situation”.

Fergal Collins, head of the project management office, said the system would improve consistency across the State “by ensuring social work teams have access to up to date, relevant information on the child”.

“The system was rolled out using a strong project management approach where progress was scheduled and tracked and risks and issues managed accordingly,” Mr Collins said.

He added that the project involved the migration of about 450,000 “open and closed” cases from 17 different areas.

Asked about the procedure for removing data from the system in cases where a child protection concern or allegation was later discovered to be spurious or unfounded, Mr Collins said all data in the system was currently kept “in perpetuity”.

“We keep all data in perpetuity in the system and then obviously we will work on a new policy if we have to remove that data we will take that data off the system.”

Mr Collins said all data on the system was kept “very securely” and was only accessible to Tusla employees. Access to the system was also logged, he said.