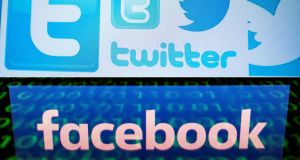 The Department of Employment Affairs and Social Protection is seeking tenders for media monitoring, including the monitoring of social media platforms and broadcast media for “keywords” that may flag issues to it.

It is likely that such monitoring, if the contract ultimately materialises, would include details of what people are discussing in public threads on Twitter and Facebook and other platforms.

About 100 words to be monitored on social media would be specified by the department and the results provided to it via email alerts or digests.

Social media monitoring would be provided 'seven days a week, including on public holidays'

According to the documents, the social media monitoring alerts must include relevant information such as the social media platform and the date and time of the post, as well as the numbers of people it reached.

Social media monitoring would be provided “seven days a week, including on public holidays, with the exception of Christmas Day”.

Privacy experts expressed concern about the social media monitoring aspect of the tender request, claiming it would potentially mean the department was processing sensitive information, such as people’s political opinions.

Dr TJ McIntyre, chairman of privacy group Digital Rights Ireland, expressed concern about “the chilling effect” on individuals if they were aware their posts were being monitored.

“[The department] has significant economic power over many people in Ireland. It’s now going to monitor what they say about their experiences of it on social media. Will people speak out if they’re afraid they might have benefits cut?” he said.

He said views expressed about the department, for example were “likely to be political opinions”, which are a “special category” of personal data under the EU General Data Protection Regulation (GDPR).

He questioned what legal basis the department had for such processing of personal data.

“This is exactly the sort of thing that requires an independent and effective data protection officer to examine it before it happens,” Dr McIntyre said.

He also noted that the department’s secretary general had recently ordered changes to the department’s privacy statement in the absence of the data protection commissioner and without consulting him.

The department said the ability to monitor media coverage and respond quickly to issues affecting its customers and stakeholders was very important, “especially given the scale and nature of the department’s schemes and services, and the wide range of customers it serves on a daily basis”.

It said the media landscape had changed in recent years and “greater use of digital and social media means that policy, economic and customer issues are often communicated on social media in the first instance”.