Research Lives: Engineering the wobble out of spacecraft 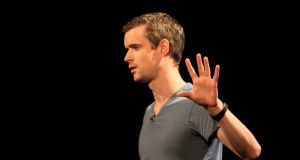 David, you are on a mission to stop rockets wobbling. Why do rockets wobble?
When a rocket takes off from Earth you want it to travel as smoothly as possible, both for any people inside it and to protect any sensitive scientific instrumentation aboard.

But on take-off, the engines of the rocket really give the rocket a good shake and since they are increasingly built with lighter materials, these materials can flex and bend. Add to that the liquid fuel sloshing around and there is the potential for a lot of moving and shaking.

What are you doing about it?
I work on control systems for the next generation of rockets for the European Space Agency. These systems use sensors to track how the rocket is moving and use that information to adjust the orientation of the engines.

We do the maths to figure out how to compensate for the disturbances caused by moving quickly through the atmosphere and by the fuel sloshing around. The result should be that the rocket travels with less vibration.

You are also working on Ireland’s first satellite, what does that involve?
I am the engineering manager of EIRSAT-1, a project to build a small satellite. It’s about the volume of a two-litre milk carton, but it packs a lot on to it, including a detector to pick up gamma-ray bursts that tell us about when large objects in space collide or explode.

It is very much a student-led project, and my role is to keep the engineering side of things running smoothly and to advise on the control systems to orientate the satellite in space.

When did you decide to be an engineer?
Pretty close to filling out my CAO form. Before that I had thought about architecture and philosophy and psychology. I liked physics and maths in school so for college I reckoned engineering might be a good bet, and it was – I liked it at university.

I had not been the kind of kid who took things apart, but when I started studying engineering I began to move from the “black box” of not knowing what is inside gadgets to opening things to understand or fix or change them. I find that rewarding.

So rewarding that you co-founded Dublin Maker?
Maybe! That started about eight years ago. I had been running workshops where people could learn to solder and make robots and things like that. Prof Tomás Ward called me up, with the idea of starting a maker festival so we did that.

Now we have a team of volunteers who run Dublin Maker every summer and we get about 10,000 people visiting and learning more about how to make things and repurpose items. It’s all very sociable, and we like to connect people who can work together.

You have also done lots of talks and even comedy about engineering in Bright Club. Why do you do that?
I think it’s important as a researcher to tell people about what you do. Not only does it help others to understand more about research, you can also get a new perspective on your work and how it might apply.

It’s a great exercise to try to explain your work without using the day-to-day language or formats that you use among your colleagues. It helps you think more about what you do and why you do it.

Finally, how do you take a break?
I play soccer for Booterstown United. Also it might not sound like a break, but I really enjoy making things. It’s still engineering, but there are fewer deadlines.