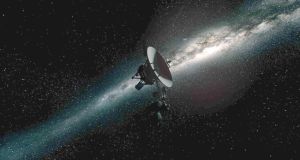 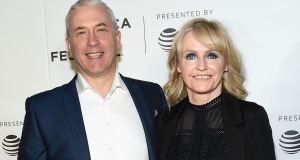 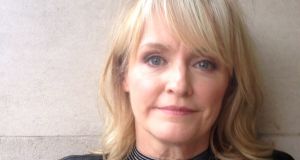 This year marks the 40th anniversary of the launch of the Voyager spacecrafts, which were sent into space on a mission to explore the outer planets. The probes, which are celebrated in the recent Irish-led documentary The Farthest, are now the most remote human-made objects in existence.

“The Voyager mission gave us a close up view of the four giant outer planets for the first time,” says Dr Matthew Redman, lecturer at the school of physics, NUIG. “Even using the most powerful telescopes back in the 1970s, Uranus and Neptune were no more than little bluish-green disks before Voyager 2 visited them.”

The spacecraft, named Voyager 1 and Voyager 2, launched in August and September of 1977, were instrumental in accumulating the knowledge of the solar system which we take for granted today. By using a coincidental alignment of the giant planets to slingshot from one world to the next, the mission was audacious in its approach to exploration, and successful in making a series of discoveries.

“The two probes showed us active volcanoes around a moon of Jupiter called Io,” says Redman. “They revealed that Saturn’s moon Titan is enveloped in a photochemical haze. They imaged the delicate ring system of Uranus, and also found a surprisingly stormy atmosphere on Neptune. Because of Voyager, many unknown moons were discovered around each of the planets.”

Brian Espey, associate professor at the school of physics, Trinity College Dublin, explains that the whole concept of the mission was incredibly daring, and went beyond the earlier efforts of the Pioneer missions.

“It was quite unusual in that nothing would be heard from the spacecraft for some years,” he says, “and then there would be another flurry of anticipation and excitement with scientists crowded into auditoriums to see the next batch of images, in real-time.”

“The whole mission plan was the modern equivalent of a Moonshot in some ways, coming immediately after the ending of Apollo, and stimulating people such as myself to get engaged in astronomy.”

What goes up must come down?

Today, both Voyager probes are hurtling out into and beyond the far reaches of the solar system, and are, amazingly, still communicating with Earth to receive commands and return data. Redman, who is now championing Ireland’s efforts to join the European Southern Observatory, says that the probes are moving more than fast enough to escape the Sun’s gravity, and will travel unimpeded for millions of years.

“While they will occasionally make very distant passes of other stars,” he says, “they will become very cold, around -250 degrees , and will be illuminated only by starlight.”

Voyager 1 has already left the solar system in the sense that it has recently detected atoms which do not originate from the solar wind, but from another place.

“Voyager 1 is now officially in the interstellar medium, the space between the stars,” says Espey, “and is now the most distant human-made object, having overtaken the earlier Pioneer spacecraft. Voyager 2 is just on the edge of the region controlled by the Sun, and about to leave, but both probes are still in contact with Earth and sending information back about their environment.”

The only evidence we ever existed

Within the next decade the nuclear batteries on the spacecraft, which provide power to their communication systems, will fade, and the signals received on Earth will stop. But the probes will fly ever onwards.

“The idea that a spacecraft would be able to survive in space the length of time that both Voyager 1 and Voyager 2 have, and be able to provide such beautiful images, is a huge leap forward,” says Espey. “These are our first interstellar ambassadors and it’s incredible to think that they could be picked up by some distant civilisation in the future.”

According to Newton’s laws, since the spacecraft are sufficiently far away from other bodies, particularly the Sun, they will continue on their way to a rendezvous with the stars.

“Voyager 1 is now on a heading for a meeting with a relatively unknown star in around 40,000 years time,” says Espey, “and Voyager 2 is on its way to Sirius, the brightest star in the sky.”

Celebrating Voyager’s 40th anniversary, the movie The Farthest, directed by Irish screenwriter Emer Reynolds, was released in August and shown on RTÉ in September (it is still available on the RTÉ Player). It documents the Voyager mission through a series of interviews with a range of people involved, including lead scientists, engineers and technicians.

According to Dublin-based Reynolds, “it’s not an exaggeration to say that Voyager is humankind’s greatest journey of exploration, ever, and that it had never been given the epic, big-screen treatment that the wonderful story deserves.”

Reynolds has a background in maths and physics, which she studied at Trinity College Dublin, and holds a lifelong passion for space exploration. Explaining why she wanted to make a documentary about Voyager, she says that the extraordinary science alone, revealing the beauty and diversity of the outer solar system was enough to dazzle her.

“Voyager became the first – and indeed the only – mission to visit the magnificent planets of Uranus and Neptune, before taking humanity’s historic first steps into interstellar space.”

“Voyager, out there alone circling our Milky Way galaxy for billions of years, could well in time become the only remnant of our existence,” she says. “These ideas really attracted myself and my team, and through The Farthest we have hoped to tell this amazing story of human audacity, brilliance, and wonder.”

Conor Purcell writes on science and nature, and has a PhD in Earth Science – some of his other articles at cppurcell.tumblr.com