Irish scientists unlock how to make electricity from tears 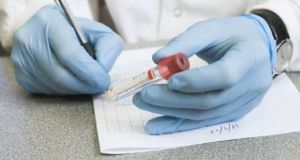 The discovery may have wide-reaching applications and could lead to further research in the area of energy-harvesting and flexible electronics for biomedical devices. File photograph: Getty Images 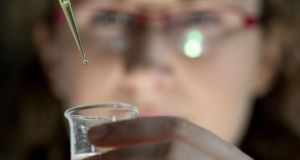 A research team based at the Bernal Institute, UL, discovered how to produce electricity by applying pressure to a protein, called lysozyme, found in the egg whites of birds, as well as in the tears, saliva and milk of mammals.

A group of Limerick-based scientists has discovered how to generate electricity from human tears, saliva, and milk.

It is hoped the discovery by the University of Limerick (UL) research team may ultimately provide an alternative method of controlling the release of drugs into the body. Conventional biomedical devices feature energy harvesters containing toxic elements such as lead.

The research team, based at the Bernal Institute, UL, discovered how to produce electricity by applying pressure to a protein, called lysozyme, found in the egg whites of birds, as well as in the tears, saliva and milk of mammals.

The findings were published Monday in the journal Applied Physics Letters.

Piezoelectricity is a property of materials like quartz that can convert mechanical energy into electricity and vice versa. It is already used to create vibration in mobile phones and ultrasound imaging. The capacity to generate electricity from this particular protein has not thusfar been explored.

Because it is a biological material it is non-toxic and could have innovative applications involving medical implants, said Tipperary scientist and lead author of the research findings, Aimee Stapleton.

“Crystals of lysozyme are easy to make from natural sources,” she added.

Prof Tewfik Soulimane, report co-author, said although the protein’s structure has been known about since 1965, “we are the first to use these crystals to show the evidence of piezoelectricity”.

The discovery may have wide-reaching applications and could lead to further research in the area of energy-harvesting and flexible electronics for biomedical devices.

Future applications of the discovery may include controlling the release of drugs in the body by using lysozyme as a physiologically mediated pump that scavenges energy from its surroundings.

Prof Luuk van der Wielen, director of the Bernal Institute and Bernal professor of biosystems engineering and design, expressed his delight at the breakthrough.

“The Bernal Institute has the ambition to impact the world on the basis of top science in an increasingly international context. The impact of this discovery in the field of biological piezoelectricity will be huge and Bernal scientists are leading from the front the progress in this field,” he added.