Getting the measure of fermented foods 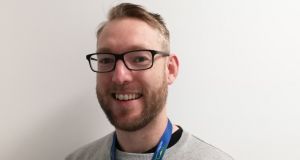 You are interested in fermented foods. Can you explain what they are?
“Fermentation is a process where desirable microbes or micro-organisms are encouraged in a food or drink, and they help to preserve and transform it. Fermented products are traditional in many parts of the world, and they include fermented vegetables like kimchi in South Korea and drinks such as kefir.

How did you develop an interest in this area?
I did a master’s degree with Prof Emma Teeling in University College Dublin, studying gut bacteria associated with ageing. Research at the APC had indicated that in older people a less diverse range of bacteria in the gut was associated with poorer health. From there we wanted to see what kind of diversity of bacteria and yeasts might be living in fermented foods, and that is a direction where my PhD supervisor Prof Paul Cotter and I have taken the research.

What are you measuring in fermented foods?
We have been looking at the micro-organisms in 58 fermented foods, including the dairy-based ones like cheese and milk kefir, the brine or salt-based foods such as sauerkraut and kimchi and the sugar-based fermented products such as kombucha and fermented fruits. We have also looked at kombucha in more detail, profiling the chemistry and microbiology of the tea, as the fermentation process transforms the raw ingredients.

So we get a much clearer picture of which micro-organisms are in a food by extracting DNA from a sample of the food and analysing it. Through molecular analysis we can also see genes that are present, so we get an idea of what the micro-organisms can do, too.

Are you finding anything that surprises you?
Broadly speaking, the results are showing that the sugar- and brine-based fermented foods seem to have a wider variety of micro-organisms than the dairy-based ones. I was quite surprised by this.

What are the next steps for the research?
The next step of my research will be to explore an even wider diversity of fermented foods, from less explored countries (in terms of their fermented foods). Ideally when we know what bacteria and fungi are present in fermented foods, I would like to see how that translates into effects on the gut.

While certain fermented foods have some evidence indicating they may promote health, there is a lack of solid scientific evidence for whether and how that is for the majority of these foods.

How do you take a break?
I have turned my research into a bit of a hobby, experimenting with fermented foods in my kitchen. Then running, going to the gym and anything outdoors provides a welcome break from the foods.

I really enjoy hiking and birdwatching, and this year I was lucky enough to combine both with a 130km hike to Everest base camp and back with my family, including my 68-year-old father. And yes, I did have some fermented food on the trip.”