What will happen where trust in science is not a central part of wider culture? 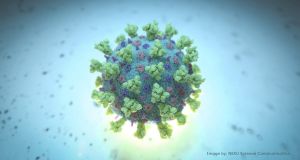 The blue bottle of Milton is back for the first time since my kids were out of nappies and my hands are raw with washing. I’m not going crazy with the disinfecting as none of us is sick, but I have been wiping down the door handles and sink taps occasionally.

We’re still going out of the house (within our 2km radius) and fetching food. All the circulating information about how long the coronavirus might live on surfaces has me imagining germs not just in the air but on every possible surface.

Judging from the WhatsApp messages I don’t think I’m alone. There is as yet no evidence that surfaces are a significant source of Covid-19 infections, but that hasn’t stopped the spread of rumours and fears. The public-health advice remains the same: wash your hands. Especially before you use them to feed yourself.

Before this virus, of course, we were all well educated in personal hygiene practices to help keep away germs. After the advent of germ theory around the 1860s, much of public health moved into the private realm. City governments continued to clean the streets, provide water and take away wastes.

But individuals, and particularly women, were increasingly asked to protect health in the home by keeping a clean home and teaching children proper hygiene. It was in the home, public-health professionals believed, that the battle against germs could be won.

In her book More Work for Mother (1983), the historian Ruth Schwartz Cowan’s examined women’s labour in the United States from the later 19th century into the 20th century. She argued that despite the introduction of new machines, women spent more time engaged in housework rather than less.

All the innovations didn’t reduce the work because the expectations of cleanliness were raised higher and higher. Some of the explanation for this is provided in the work of Nancy Tomes whose book The Gospel of Germs shows just how ideas about avoiding germs infiltrated the American home.

Some of the major beneficiaries of these measures included companies making disinfectants, soaps and other products designed to help the housewife keep her home hygienic.

The phenomenon of encouraging housewives and households to help prevent the spread of disease was not limited to the US. In Ireland you can also see a growing interest in disinfection measures thought to kill germs both inside the home and in wider public health practice.

In the 1860s, Dublin Corporation set up a disinfection chamber where clothes and belongings could be heat treated to kill germs when certain contagious diseases were identified in a household.

A special horse-drawn van would arrive to remove belongings and to disinfect walls and furniture. Of course the arrival of the recognisable germ vehicle also shamed the household by alerting all their neighbours to the sickness within. One imagines fear of such shaming encouraged efforts to keep away disease however possible.

Women were encouraged to lead the fight against germs in their homes. To this end Dublin Corporation hired lady sanitary inspectors at the end of the 19th century, assuming they could better communicate delicately with the women of the house.

Public-health advocates such as Antony Roche spoke and wrote in magazines about household hygiene and even encouraged priests to educate themselves that they might spread the “gospel of germs” to their flocks. Newspapers advertised things such as Sanitas, a fluid that “oxygenates and purifies the air” that could also be used to flush drains, disinfect linen and home surfaces, clean wounds and make an antiseptic gargle for sore throats.

Sanitas would never have sold if society had not embraced that gospel of germs, particularly through the education of women. The present measures to help us fight coronavirus would not work if we had not all been carefully schooled in the same, from a very young age.

We take the advice on hand washing and social distancing because belief in the science behind it is part of our culture. We are now schooling our children in dramatic circumstances. But as the pandemic continues to spread, it’s worth asking what is going to happen in places where trust in science is not a central component of wider culture. And will the present crisis call for a whole rethinking of personal hygiene?