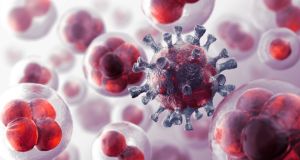 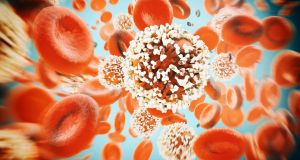 Cancer is a multifactorial disease where a person’s genes are key, but hereditary cancer is relatively rare

You are not alone. The average person carries inside their gut a full ecosystem composed of one hundred trillion (one followed by fourteen zeros) microorganisms. Living this close to us, it is clear these microorganisms can affect our health, but are they friends or foes?

“Most people believe micro-organisms are bad, but when humans evolved they did so in co-operation with micro-organisms,” says Paul O´Toole, professor of microbial genomics at the APC Microbiome Institute and the School of Microbiology, University College Cork. “We depend on them for essential functions such as co-operating in metabolism to liberate food ingredients for the body, immune programming and educating the immune system in the early stages of life, and fighting off pathogens (disease-causing germs) in adulthood and make sure bad guys don’t get established.”

Prof Sinéad Corr, from the Moyne Institute of Preventive Medicine, Trinity College Dublin, agrees. “The relationship between the host and its microbiota is largely a beneficial one,” she says.

The group of micro-organisms resident in our gut – known as the gut microbiota – is composed mostly of bacteria, although other micro-organisms such as fungi and viruses are also present. Some of the bacteria species are completely harmless to us; others can cause disease and a third type is usually peaceful but can cause trouble if conditions change.

The composition of the gut microbiota changes from person to person and depends on individual genetic differences and environmental effects, such as diet or exposure to antibiotics. “Changes in the interactions among the microbiota and the host immune system are associated with many diseases, including infection, inflammatory disease, diabetes and obesity,” Prof Corr says. “More recently, these changes have also been linked to cancer.”

Cancer is a multifactorial disease where a person’s genes are key, but hereditary cancer is relatively rare. “Most cancers are spontaneous and are due to bad luck or bad decisions,” says Prof O’Toole, citing as risk factors smoking, not using adequate sunscreen protection and “eating crappy food”. Indeed, many researchers believe the increased risk of cancer associated with a diet rich in meat stems from the changes that such a diet might have on the bacteria living in our gut.

It has been known for some time that micro-organisms can cause cancer, such as the hepatitis C virus and liver cancer, or the bacteria Helicobacter pylori and stomach cancer. “I never considered the gut microbiota as a risk factor [for cancer], but they are,” Prof O’Toole says.

Prof O’Toole started a study funded by Science Foundation Ireland at the Mercy Hospital, Cork, in collaboration with Prof Micheal O´Riordain, looking at the gut microbiota. The results showed that colon cancer patients had different groups of bacteria than healthy people.

The team also looked at patients with polyps, benign colon tumours that look like mushrooms; these polyps are considered an intermediate stage between normal and cancer tissue. Surprisingly, patients with benign polyps had a gut microbiota that was unlike that of cancer patients or healthy people, sitting roughly in between. This showed that there is a gradual change in gut microbiota that accompanies the development of cancer.

“It is intriguing for us that the kind of bacteria found in tumours tends to be oral bacteria,” Prof O’Toole says. “Our current theory is that your gut bacteria determine whether your oral bacteria cause cancer.” He explains that your genes are still key, and that in order to develop colon cancer you have to have a combination of gene predisposition and harmful bacteria established in the colon.

Currently, researchers in his laboratory are trying to find out whether the different groups of bacteria in the gut can make a person’s immune system respond in a different way.

The team already has some evidence showing that certain bacteria can alter the function of genes associated with the normal functioning of the immune system. A recent study from another group showed that a type of bacteria called Fusobacterium was able to block the ability of immune system cells to destroy tumours. These bacteria are then helping any cancer cells that arise to avoid being killed by the immune system.

Can the gut microbiota help us? “It has already been shown that you can detect cancer from the faecal microbiota,” Prof O’Toole says. “We´re interested in developing novel diagnostics for colon cancer.” These would detect the types of bacteria present in a faecal matter sample and could be used in a screening program.

But the gut microbiota could also improve anti-cancer treatment. New therapies that stimulate a patient’s own immune system to destroy cancer are very promising but do not always work. This could be because their effectiveness is affected by the types of bacteria present in the patient’s gut, which in turn educate the immune system in different ways.

The effect of the gut microbiota in treatments with these new therapies can be dramatic. “You can administer [certain types of bacteria] and convert a non-responder into a responder,” Prof O’Toole says.

It’s not just immune stimulating therapies that depend on the gut microbiota composition for maximum effect: conventional chemotherapy drugs like cisplatin and doxorubicin are very damaging to normal cells, but their toxicity can be reduced when administered together with probiotic supplements containing live bacteria. And that’s not all, as studies have shown that the same probiotic supplements can also increase the anti-cancer effects of cisplatin.

“There is much interest in deciphering the exact mechanisms by which the microbiota [influences] health and wellbeing, with an ultimate focus on manipulating these mechanisms for therapeutic gain,” Prof Corr says. However, she believes this goal will require a substantial research commitment in the coming years.

As Louis Pasteur said, “Gentlemen, it is the microbes who have the last word.”