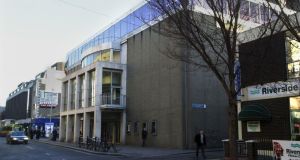 Renowned theatre director Vincent Dowling has died at the age of 83.

Mr Dowling had a long and distinguished association with the Abbey Theatre as an actor and a directer in a career spanning five decades.

He also served as the national theatre’s artistic director between 1987 and 1989.

He led the theatre company on its first tours to the former Soviet Union and Hong Kong.

His relationship with the Abbey Theatre dates back to 1953 when first appeared as an actor in The Shadow of a Gunman by Seán O'Casey.

Over the years he acted in plays by Synge, Shaw, and Oliver Goldsmith. He appeared in Frank Mc Mahon's adaptation of Brendan Behan's autobiographical novel Borstal Boy in 1967.

Director of the Abbey Theatre Fiach MacConghail said: "Vincent Dowling was an actor's director - having been an actor himself he understood the craft of acting."

"I know he will be fondly remembered by many of the greats of Irish acting who worked with him. He was also a great business man and played an instrumental role in raising funds for the portico on the front of the Abbey Theatre building."

"In my memory he was brilliant with people. He will be deeply missed by his family, friends and colleagues in the theatre community across the world."

Mr Dowling, who had been living in the US, is survived by his wife Olwen O'Herlihy Dowling and his children.