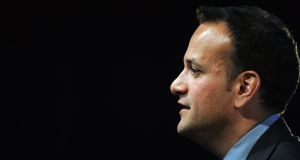 The new leader of the Fine Gael party has made international headlines since his comfortable win over rival Simon Coveney.

Leo Varadkar’s election as the new leader of the Fine Gael party has not only made national headlines – but has also captured the attention of international media outlets.

The New York Times reported the news with the headline, “Gay Lawmaker, Leo Varadkar, Is in Line to Be Ireland’s Prime Minister.”

The piece, written by Ed O’Loughlin, has an opening paragraph detailing how “A gay son of an Indian immigrant is now all but certain to become the next prime minister of Ireland, a country that has rapidly been leaving its conservative Roman Catholic social traditions behind.”

In the UK, the Guardian newspaper reported the win with the headline “Leo Varadkar, gay son of Indian immigrant, to be next Irish PM”. The piece outlined how the 38-year-old politician will replace outgoing Taoiseach Enda Kenny after winning the Fine Gael leadership contest on Friday evening.

The Times of India did not mention Mr Varadkar’s sexuality in its headline. Its headline read: “Indian-origin Leo Varadkar to be next Ireland PM”.

The piece detailed how Mr Varadkar is the 38-year-old son of an Indian immigrant and that he would be the first openly gay Irish prime minister.

The Financial Times took note of Mr Varadkar’s age in its coverage. Its headline reads: “Leo Varadkar set to become Ireland’s youngest prime minister”. Its piece details again how the gay son of an Indian immigrant is set to take the role of taoiseach.

A headline in the Daily Mail in the UK reads: “Son of Indian immigrant on course to become Ireland’s first openly gay prime minister after being chosen to succeed Enda Kenny”.