UK government ‘didn’t have a plan’ for Brexit - Coveney 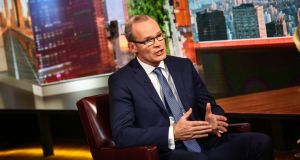 The British government’s approach has evolved as there was no understanding following the vote about how the country’s exit would be handled, Mr Coveney told Newstalk Breakfast.

Britain has been playing catch up, there’s no question about that, added the Minister.

“We need to show patience, but we also need to be very clear about Irish interests and how to protect them.”

The Irish Government position is very clear - that the UK should stay in a newly constructed Customs Union, he said, in an extension of the Customs Union, a trading partnership.

“Something between our free trade agreement with Canada and what Norway has - direct access.”

He said that the UK might be leaving the political sphere of the EU, but that the majority of people wanted to maintain a close trading relationship.

“We need to encourage this evolving debate.”