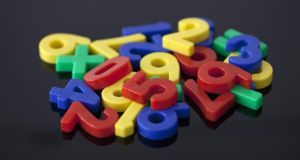 530 - The number of votes Tom Elliott had to spare over Michelle Gildernew in Fermanagh-South Tyrone.

48 – Number of minutes after polls closed before the first result was declared, in Houghton & Sunderland South.

81.9 – The highest per cent turnout in the UK, in East Dunbartonshire.

46.1 – The lowest per cent turnout, in Manchester Central.

20 – The age of the SNP’s Mhairi Black, who won the seat of Paisley & Renfrewshire South from Labour to become the youngest MP in the House of Commons since 1667. Bernadette Devlin McAliskey – who was elected at the age of 21 for Mid Ulster in 1969 – was the youngest woman ever elected to Westminister before Ms Black.

39.3 – The size of the swing to the SNP from Labour in Glasgow North East, the largest swing in any seat in the country.

28.4 – The size of the swing from the Liberal Democrats to Labour in Brent Central – the largest swing outside Scotland.

2 - The number of members of the UUP elected to Westminister, up from, well, zero.

18 – The number of years since a British cabinet minister last lost their seat in a general election. Liberal Democrat cabinet members Ed Davey, Vince Cable and Danny Alexander were all defeated.

530 - The number of votes Tom Elliott had to spare over Michelle Gildernew in Fermanagh-South Tyrone.

4 - The number of votes Michelle Gildernew won the seat by in 2010. (It was later reduced to just a single vote).

32 – The number of years spent in Parliament by Lib Dem MP Simon Hughes, who was defeated in Bermondsey & Old Southwark.

316 – The number of projected seats for the Conservatives Party in the exit poll released at 10pm; the BBC’s projection at 7am was 325.

148,500 – The number of pounds the Liberal Democrats have lost in deposits.

10,695 – The size of Boris Johnson’s majority in Uxbridge and South Ruislip.