Enda Kenny reflected on his role as Taoiseach and defended the achievements of the Governments he has led. He spoke at the launch of The Irish Times Nealon’s Guide. Video: David Cochrane 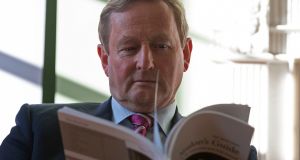 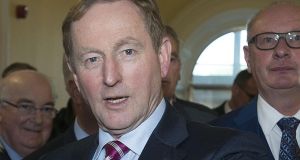 Being Taoiseach “takes up practically every waking hour of your day” Enda Kenny said last night, reflecting on the nature of his role and the defending the achievements of the Governments which he has led.

“And I’ve also learned that people actually own you in a very different way than you might ever imagine,” he said.

Mr Kenny was speaking at the launch of The Irish Times Nealon’s Guide to the 32nd Dáil and 25th Seanad.

He joked that change was necessary for politics to progress in front of an audience keenly aware that his period as Taoiseach is drawing to an end.

He said that for some people, politics had become “degraded and debased” and is seen as “entertainment and gossip”.

“This Government doesn’t have all the answers,” he said, “but it makes an honest attempt to get it right.”

“Today and this week there are 1,300 new jobs announced and that’s been the norm now for a while which makes us the fastest growing in Europe for the fourth year running.

“These things don’t happen by accident as much as some people might imagine that they do,” Mr Kenny said.

Acknowledging the former Labour minister Pat Rabbitte in the audience Mr Kenny also paid tribute to the Labour Party, which he said had taken very difficult decisions “in the interests of Ireland”.

Earlier, editor of the book Tim Ryan urged technology companies to enter into partnerships with newspapers in order to ensure the survival of quality journalism.

Colin Hunt of AIB, who sponsored the publication of the book, said that it was a “unique compendium of precise information about our political system”.

The launch, at the premises of the Irish Architectural Archive on Merrion Square, was attended by many figures from the worlds of media and politics.