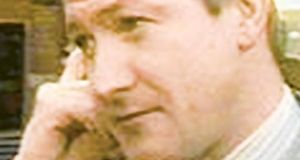 Taoiseach Micheál Martin has called on the British government to adhere to the agreement it made in 2001 to hold a public inquiry into the murder of Belfast lawyer Pat Finucane.

Northern Secretary Brandon Lewis is expected to make a decision by November 30th on whether a public inquiry will be held into Mr Finucane’s killing in February 1989, after a campaign by his family for more than three decades.

He said it was an important issue that “sovereign governments should adhere to agreements they made” and they should be followed through.

Mr Martin said the British prime minister and the British government should “do the right thing” and adhere to commitments “in respect of an overarching agreement that has worked for the benefit of all the people on this island, and has enhanced the relationships between the people living on these islands”.

He said the Irish government followed through on its commitment in the Weston Park agreement in 2001 when both governments agreed to told public inquiries.

Mr Martin, who minister for foreign affairs at the time, said the Irish government followed through on its commitments and established the Smithwick tribunal irrespective of where it would lead.

The tribunal investigated the murder by the IRA at the Border of two senior RUC officers in a bombing in 1989 when they returned from a cross-border security conference in Dundalk with senior Garda officers.

Mr Martin said that at the time of the Weston Park agreement the Bloody Sunday inquiry was coming to an end and that might have been the context for the wider British response that might have hindered the right decision being made.

The Taoiseach on Monday met Mr Finucane’s widow Geraldine Finucane and son John. Mr Martin who said they had conducted their campaign with dignity, told the Dáil that the full weight of Government and the Taoiseach’s office was behind them in their pursuit of an inquiry.

She said the British state for three decades had stalled and prevented an inquiry, despite the Weston Park agreement and a ruling by the British Supreme Court that all previous inquiries were “incapable of establishing the full facts and failed to meet the standards of Article two of the European Convention on Human Rights”.

She said Ms Finucane had to bring a judicial review against the British Secretary of State first failure to act on this decision.

Ms McDonald said a “full public inquiry must happen as soon as possible, because the Finucane family has already waited far too long”.