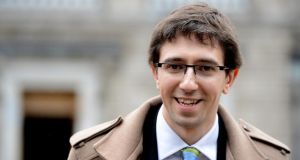 A proclamation of 1533 prohibiting criticism of the marriage of Henry VIII to his second wife, Anne Boleyn, after he divorced Catherine of Aragon, is one of almost 6,000 obsolete laws in Ireland that have finally been repealed.

A reward for the capture or death of the “arch traitor” Earl of Tyrone Hugh O’Neill is no longer available, after the 1601 proclamation offer was finally revoked more than 500 years later.

A 1618 proclamation ordering the Irish to depart with all their belongings from lands given to planters during the Plantation of Ulster has also been revoked, as part of an overhaul of Irish laws that began 13 years ago.

An order made in 1665 setting down the first Wednesday of every month for fasting and penance for the relief of the bubonic plague in London was also expunged.

As was a proclamation in 1817 that the consumption of potatoes and oatmeal should be kept for the “lower orders”.

The Statute Law Revision Bill revoked 800 years of obsolete proclamations, directions and orders made before 1821.

Minister of State for Public Expenditure and Reform Simon Harris welcomed the completion of the passage of the bill through the Dáil and Seanad.

He said the bill was about revoking obsolete legislation “that serves no purposes whatsoever other than to cloud and confuse those trying to read the statute book”.

However, Sinn Féin’s Aengus Ó Snodaigh criticised the State’s use of the JobBridge scheme in the extensive process, including trawling through records.

Some 5,782 laws were revoked in the latest tranche.

Mr Harris said that , as “custodians of the statute book”, TDs and Senators should see their obligations as “extending beyond the creation of new legislation to also include the review of that which is no longer necessary”.

In debate on the legislation, Mr Ó Snodaigh said he regretted the JobBridge scheme was utilised by the State for the work, “although that is not a slight against those who took part”.

He said that the review involved “highly technical legislation and it should have been for those who are paid to work rather than someone on an internship”.