Sports grants: check how much your local club has been allocated

Funding allocated to hundreds of clubs under Sports Capital Programme 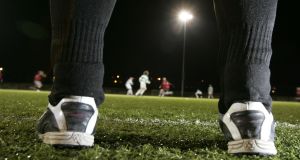 Blackrock College Rugby Club, St Vincent’s GAA Club and Mount Pleasant Tennis Club in Ranelagh are among a large number of sports clubs which received grants of €150,000 in the most recent round of funding under the Sports Capital Programme (SCP).

An interactive map and table by The Irish Times allows readers to check if and how much their local sports club was allocated under the SCP in November 2017 or under the appeals process which concluded in March 2018.

The SCP is managed by the Department of Transport, Tourism and Sport and provides grants to assist in the development of sports facilities and the provision of sports equipment throughout the country.

Grants are available to sports clubs, voluntary and community groups, national governing bodies of sport and local authorities. Third level colleges, Education and Training Boards (ETBs) and schools may only apply for funding jointly with sports clubs or organisations.

The maximum amount which could be applied for in the latest round was €150,000 in relation to local projects and €200,000 in the case of regional projects. Applicants have to be in a position to provide a minimum contribution of five per cent of the total project costs from their own funds.

Other sports clubs that received allocations of €150,000 included Ballymun Kickhams GAA club for the renewal of an all-weather GAA pitch, Templeogue Lawn Tennis Club for disabled facilities and a fitness room and Arbour Hill boxing club for the refurbishment of an existing clubhouse.

Outside of Dublin, Seán O’Mahony’s GAA club in Co Louth was allocated €150,000 for new dressing rooms and Crosshaven AFC in Cork was allocated €125,000 for an artificial playing surface.

Minister for Transport, Tourism and Sport Shane Ross came under criticism earlier this year after he tweeted “delighted to confirm that @wesleycollege has been granted €150,000 as part of Sports Capital Programme.

“The funding will ensure the resurfacing of the hockey pitch and will benefit the school as well as @YMCAHC.”

Funding was allocated to resurface a hockey pitch at the fee-paying school, also used by the YMCA hockey club, on foot of an appeal. The Wesley grant was revealed when the list of successful appeals published in March.

Mr Ross later insisted he did not have a “hand, act or part” in the decision to give a sports grant to the school, which is in his Dublin-Rathdown constituency.

He said he was not part of the process, the decision was made on the basis of a scoring system within his department and he just “signed off on that”.

The Department said all allocations are provisional and none is paid out until a grantee first obtains formal approval.

“Obtaining formal approval is a matter of providing the department with documentation such as quotes for the work/equipment, tax clearance information for the chosen suppliers, evidence of planning permission and providing legal guarantees that the facilities/equipment will stay in sporting use for a minimum period of time,” a spokesman said.

“Grantees have two years to get formal approval and to begin to draw down their grant.”

If you are reading this on our app you can view allocations to local projects here and allocations on foot of appeals here.