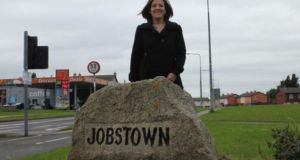 Though she resigned from the Labour Party on Friday, Martina Genockey said she would remain on South Dublin County Council as an Independent member.

The Labour Party has been dealt a major blow by the sudden resignation of one of its best prospects for the next general election.

Cllr Martina Genockey was the party’s election candidate for Dublin South West. Ms Genockey was seen as a rising star in the party and had built up a strong base in her native Tallaght.

She announced her resignation in a statement on her Facebook page on Friday in which she claimed the party had lost its direction and its core values.

Her departure will renew pressure on the position of Labour leader Brendan Howlin.

Ms Genockey was one of 14 councillors who signed a letter during the summer calling for a debate on the party’s leadership. The issue was resolved at the party’s think-in earlier this month but doubts remain among some councillors and members about Mr Howlin’s leadership.

Ms Genockey said she no longer believed Labour was the party which could eradicate poverty and disadvantage in Irish society, causes which she said were the most important to her.

“Speaking out recently about the changes that I see are needed in the party has opened up my mind about it and led me to a feeling it is a place I no longer want to be,” she wrote.

“This has been an extremely difficult decision for me to make but I feel that in order to be true to myself, to my community and my politics, I have no choice.”

She said with immediate effect she was resigning as a member of the Labour Party. She said she would remain on South Dublin County Council as an Independent member.

Talks to resolve Limerick FC’s action against FAI to continue over weekend 15:55
Seven-and-a-half years jail for man found with €1.1m worth of drugs in ‘socks’ box 15:32
Teenage boys and organised crime gangs: A complicated dynamic 15:26
Woman did not die at any of nine locations where body parts were found – court 15:15
Dublin Fire Brigade deals with blaze in Swords commercial unit 15:06
SUBSCRIBER ONLY