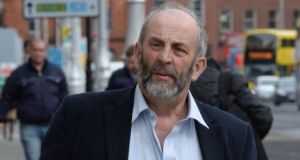 Danny Healy-Rae is on only 4 per cent of the vote. File photograph: Brenda Fitzsimo

Sinn Féin is primed to top the poll in Kerry with Danny Healy-Rae in danger of losing his seat, a TG4 poll has found.

The TG4/Ipsos MRBI poll of Kerry shows that the Sinn Féin candidate Pa Daly could win 20 per cent of the vote in the constituency and edge out Michael Healy-Rae as the poll-topper.

In another dramatic finding, Green candidate Cleo Murphy is enjoying 9 per cent support in a county which is predominantly rural. If she were to achieve those figures on polling day, she would be in the frame to take a seat.

It is a huge turnaround for Sinn Féin and reflects the surge the party is enjoying nationally. Only last month, Sinn Féin was admitting it had a fight on its hands to retain the seat held for many years by Martin Ferris.

By contrast, the poll suggests the the huge popularity enjoyed by the Healy-Rae brand throughout Kerry may be on the wane. While Michael Healy-Rae is on 20 per cent, according to the poll, his brother Danny is on only 4 per cent of the vote. That represents a fall of 6 per cent in support for Michael and 9 per cent for Danny. On those figures, it would be hard for the brothers to retain both seats.

The Fine Gael Minister of State for Tourism and Sport Brendan Griffin has also shown well in the poll, which suggests he should also be elected close to the first count. However, his colleague Michael Kennelly, at 6 per cent, will struggle to be in with a chance.

Fianna Fáil seem to have a marginally stronger chance of taking a second seat. Two of its candidates are close to each other. Norma Foley is at 10 per cent, while John Brassil is at 9 per cent. The third candidate Norma Moriarty is showing at 4 per cent.

On these figures, Mr Daly, Michael Healy-Rae and Mr Griffin will be assured of a seat, with one seat going to Fianna Fáíl.

The battle for the fifth seat looks set to be between the second Fianna Fáíl candidate, Mr Kennelly and the Green candidate, Ms Murphy. If Danny Healy-Rae fails to increase his support levels from present levels, he will not retain his seat.

Support for the Healy-Rae brand seems to have dropped 15 per cent since 2016, while Fine Gael is up 2 per cent and Fianna Fáíl up 7 per cent.

Ms Murphy is a former Radio Kerry journalist and is well-known throughout the county.

This survey was conducted among a sample of 538 adults aged 18 upwards in the Kerry constituency on behalf of TG4 by Ipsos MRBI. Interviewing took place on Saturday 1st and Sunday 2nd February. The margin of error is plus or minus 4 per cent.