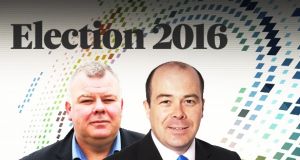 The election of Fianna Fáil’s Eugene Murphy is the only major surprise of the general election result in the Roscommon Galway constituency.

From Scramogue near Strokestown in Co Roscommon, he was something of a reluctant choice for the party last December in one of its last conventions.

Fianna Fáil had been thrown into disarray there following its failure to win the 2014 byelection which followed Luke “Ming” Flanagan’s success in winning a seat in the European elections earlier that year.

To add to its confusion, unsuccessful Fianna Fáil candidate Ivan Connaughton said he would not stand for the party again as long as Micheál Martin was leader.

Eugene Murphy has been a Fianna Fáil county councillor in Roscommon since 1985 when he was elected its youngest member. This however was his first time to stand as a party candidate in a general election.

At December’s convention he defeated the Sean Óg Higgins, chair of Ógra Fianna Fáil in Roscommon, by 216 votes to 165.

In declaring Councillor Murphy the candidate, convention chairman Barry Cowen said the entire party would unite behind him and work tirelessly to take the seat back for Fianna Fail.

However, uncertainty about Cllr Murphy’s success continued with the result that party headquarters decided in recent weeks to nominate well-known Roscommon GAA goalkeeper as his running mate.

It is believed this was a significant factor in Eugene Murphy’s success, though not as expected.

The selection of Shane Curran generated sympathy for him among many otherwise disinterested voters who felt he was being badly treated by his party.

It is believed locally that many who might not otherwise voted for him as a result did so on Friday.

Meanwhile, Shane Curran’s performance - securing 2,388 (2,006 first preferences) - was something of a disappointment for the party.

A qualified horticulturist but now working as a part time presenter and producer with Shannonside/Northern Sound radio, Cllr Murphy has also been heavily involved in community and voluntary work in Roscommon and throughout the region over many years.

Earlier, Independent Michael Fitzmaurice was elected in Roscommon-Galway on the sixth count.

Independent Denis Naughten was elected with 13, 936 first preferences on the first count.

Maura Hopkins (FG) has 7,698 votes after the sixth count and the aforemented Eugene Murphy (FF) is following with 7,368, so they are in close contention for the third and last seat. The quota is 11,421.

This is a new constituency but once again a three-seater, having been Roscommon-South Leitrim since 2007. The greater part of the constituency in each instance, Roscommon, is home to the most consistently contrary electorate in the State. Unique in Ireland, it has rarely returned the same set of TDs to the Dáil. All indications are this awkwardness is to continue.

The pattern was reinforced last May, when this was the only constituency in the State to vote No to same sex-marriage. Roscommon’s contrariness predates the State itself. In February 1917, Count Plunkett, father of executed 1916 leader Joseph Mary Plunkett, became the first Sinn Féin candidate in history to win a parliamentary seat when elected there.

He stood in the then North Roscommon constituency following the death of Irish Party MP James Joseph O’Kelly in December 1916. The election of Count Plunkett was the first clear indication of convulsions to come electorally throughout Ireland, which began with the 1916 executions. You might say Roscommon has been “upsetting the apple tart”, to quote former taoiseach Bertie Ahern, ever since.

Since then, all has changed again. A mere four months into the new Dáil, Denis Naughten lost the Fine Gael whip when he voted against the Government’s decision to close Roscommon County Hospital’s emergency department in July 2011.

In 2014, Ming Flanagan was elected an MEP and in the subsequent byelection his seat was taken by another Independent, Michael Fitzmaurice. The sole remaining Fine Gael TD in Roscommon, Frank Feighan, decided he wouldn’t stand again, such has been the ferocity locally since his decision to support that Government decision in 2011 to close the County Hospital’s emergency department. In the forthcoming general election there will be just one Fine Gael candidate, Maura Hopkins.

Fianna Fáil has been in disarray in the constituency since losing the October 2014 byelection. Its candidate Ivan Connaughton topped the poll with 22 per cent of the vote but did not prove as transfer-friendly as Michael Fitzmaurice, who was elected on the seventh count. Afterwards Connaughton declared he would not stand for Fianna Fáil again as long as Micheál Martin was leader. In August of last year, he told media he was considering running as an Independent in the general election “in the best interest for the people of Roscommon and the people of Galway”.

The Constituency Commission recommended the transfer of 33 electoral divisions adjacent to Co Roscommon, with a population of 20,521, from the Galway East constituency to join with Co Roscommon to form the new three-seat constituency, Roscommon-East Galway. The arrangement allowed for Co Roscommon “to be linked for constituency purposes to another county west of the river Shannon”, it said in its report.

Without doubt, the status of Roscommon County Hospital continues to looms large with voters, as it has for decades, but this is primarily a concern in the mid and southern parts of Co Roscommon itself. Also of concern is the future of the Sacred Heart Home in Roscommon town, which was recently the subject of a Health Information and Quality Authority report. Water quality remains a concern in northern parts of the constituency as do planned wind turbines, particularly around the Strokestown area.

But in recent weeks an unexpected issue has united the people of the constituency and their politicians, of all hues, in fierce opposition to a proposal that 38 sq km of the most prosperous part of south Co Roscommon become Westmeath to facilitate the more efficient administration of Athlone as it encroaches ever further west of the Shannon.