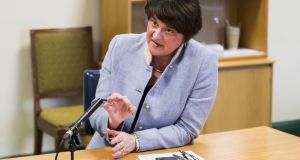 The DUP and Sinn Féin “breached the spirit and/or provisions” of the legislation on special advisers to ministers in the Northern Ireland Assembly, the inquiry into a botched renewable heating scheme has found.

Practices adopted by both parties to centralise the appointment, control and management of special advisers meant that some “wielded very significant power” and “were encouraged to see themselves as more directly responsible to the central authority or OFMDFM [Office of the First and Deputy First Minister] and their political parties, than to their individual Ministers,” the report concluded.

“The realpolitik observed by some Ministers in these circumstances appears to have produced a number of advisers who were appointed and operated in practice outside the code of conduct for special advisers.”

Chairman of the inquiry into the Renewable Heat Incentive (RHI) scheme, Sir Patrick Coghlin, published a long-awaited report into the scandal at Parliament Buildings, Stormont on Friday.

He found that “corrupt or malicious activity on the part of officials, Ministers or special advisers was not the cause of what went wrong” with the scheme, but that the “vast majority” was a result of “an accumulation and compounding of errors and omissions over time”.

Fallout from the RHI scheme and the subsequent inquiry had shed light on the role of special advisers – which are also known as Spads – and raised concerns over the influence and accountability of these unelected officials.

Sir Patrick said there had been a “repeated failure to comply with the intent and provisions” of the law and codes regarding the appointment and conduct of special advisers.

The failure to adhere carefully to these procedures, “which appears to have been quite widespread, risked undermining the trust and accountability that is an essential part of the relationship between a Spad and the Minister by whom they are appointed”, the report found.

This had a bearing on the RHI scheme by “undermining the trust” between the then DETI Minister, Jonathan Bell, and his special adviser, Tim Cairns, between May 2015 and May 2016, when the scheme was unravelling, and which “probably made resolution of RHI problems more difficult.”

A claim by Bell in the December 2016 interview that some DUP advisers were “not allowing the scheme to be closed” was not upheld. In regard to former DUP special adviser Andrew Crawford – who had been Arlene Foster’s Spad while she was the Department of Enterprise, Trade and Investment minister and then followed to Finance – the inquiry found he “did not deliberately delay the introduction of cost controls”.

But Mr Crawford was criticised for emailing confidential information about the scheme to his cousin, who was a poultry farmer.

“The Inquiry finds it totally unacceptable that Dr Crawford provided confidential information to external parties, including his family.”

The report said the way responsibility was divided between Ms Foster and Mr Crawford was “ineffective and led to false reassurance on the part of the Minister . . . as to the level of scrutiny applied to detailed technical reports,” Sir Patrick wrote.

While Ms Foster “should not have signed” a crucial RHI document which she admitted during the inquiry that she had not read, the report found she “should not have been presented” with such a document by officials.

The inquiry also found it “unacceptable” that emails relating to the conduct of junior civil servants “were leaked to the media by a political party [the DUP].”

Among the inquiry’s 44 recommendations was the stipulation that “Ministers should be responsible for their Special Advisers” and there should be “clarity” with regard to their respective roles. “Ministerial decisions should be taken by Ministers . . . and by no one else,” Sir Patrick wrote.

There should be a clearly defined induction process, notes of significant meetings between officials and ministers should be retained, and the special adviser code of conduct should be revised.

The code was revised in January by the Minister for Finance Conor Murphy, who said it was in response to the “public’s legitimate concerns in this regard”.

The report also found that officials in the Department of Enterprise, Trade and Investment “failed properly to understand the damaging presence” of the “perverse incentive” which meant participants in a botched renewable heating scheme earned £1.60 for every £1 of fuel they burned. This “lack of understanding” was deemed a “significant failing” by the inquiry.

Failure by the Department of Enterprise, Trade and Investment to review what Sir Patrick described as “a novel and volatile scheme” was among its significant failings that allowed expenditure to “race out of control”.

Omitting to reassess the RHI when it should have was “a significant missed opportunity to identify latent or emerging problems with the scheme”.