All parties urged to suspend discussions on forming a majority government 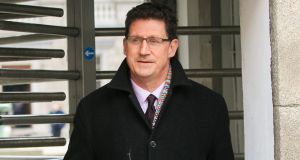 The Green Party has called for a government of national unity to deal with coronavirus.

The Green parliamentary party held a meeting in Leinster House on Wednesday afternoon, which sources beforehand said would discuss the next steps forward in government formation.

The latest developments follow an earlier meeting between the deputy leaders of Fianna Fáil and Fine Gael, Dara Calleary and Simon Coveney, on a potential coalition between the two parties.

A statement from the Green Party said: “The Green Party Parliamentary Party met this afternoon and agreed that, in light of the unfolding coronavirus crisis, the party are calling on all parties to suspend discussions on forming a majority government and work towards forming a crisis national government to be reviewed in three months.”

She said the decision to call for such an arrangement was taken at a party meeting today because the country faces an immediate crisis due to the coronavirus spread.

“We went into the election and promised we would go into this based on policies. But I do not think we can afford to go on for three weeks or even ten days going through policies line by line. I don’t want to talk about solar panels while people are losing their lives. So let’s have a community response to this.”

Party members discussed a number of versions of how such an arrangement could work.

Ms Hourigan said that under the D’Hondt system, the three bigger parties would get four ministries each with three singular ministries for smaller parties.

She said other options were discussed and called on other politicial parties to suspend government formation talks saying it was not the time for parties to be “doing a dance” around each other.