Programme for government rejected by majority of North’s Greens 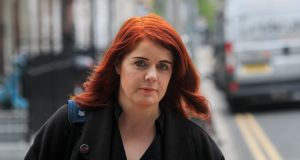 Six of the 10 elected Green representatives in Northern Ireland oppose the programme for government, including the party’s two MLA.

Three of the other four councillors have not declared any public position on the proposed coalition between Fianna Fáil, Fine Gael and the Greens, while the last remaining has not adopted a public position but has said he was impressed by the arguments put forward by Neasa Hourigan, who has become the de facto leader of the group opposing coalition.

Four councillors including northern deputy leader Mal O’Hara have joined leader Clare Bailey and Rachel Woods MLA in opposing the deal. Mr O’Hara said while there were significant gains on environmental progress there was not the “necessary radical economic and social change to ensure a just transition. I would encourage all Greens across the island to vote No.”

Ms Woods said a better deal was possible while Belfast councillor Brian Smyth said he could not support a programme that “reduces the opportunity of young people”.

Cllr Barry McKee is also opposed to the coalition. Lisburn-based councillor Simon Lee has not adopted a public position but has tweeted that he went into last week’s conference with an open mind but was most impressed by the contribution of Ms Hourigan.

The other three councillors – Áine Grogan, Steven Agnew and Kathryn McNickle – have not declared any position. Those contacted by The Irish Times on Monday were not willing to comment.

Over the weekend, a majority, 20, of the party’s rural councillors and its seven nationally elected politicians from outside Dublin, issued a joint letter in support of government.

On Monday, a number of prominent green politicians in Europe rowed in behind those who support the programme. Philippe Lamberts, the Belgian MEP who is co-president of the European Greens/EFA group in the European Parliament, said it was a surprisingly strong programme.

“Let me put it this way, it looked like it was drafted by greens and then amended by others. Normally it’s the other way around,” he said.

Mr Lamberts asked if the Green Party did not go for this programme what would the party go for?

“Ireland was one of the worst performers and a laggard. When Taoiseach Leo Varadkar was in the European Parliament discussing it he did not deny it. This programme will give an opportunity to make Ireland a leader and to make that real.”

Mr Lamberts said a programme with the two parties “who had run Ireland forever” would invariably involve compromise and those who voted Green wanted more ambitions.

He added: “Already climate change is under way. If we wait any longer, it will be too little, too late. Let us do what we can to catch up.”

He said having a Green Party presence in government would make it five on the European Council, with the prospect of green involvement in government in Germany, Belgium and France.

Claude Tumes, minister for sustainable development in Luxembourg, said: “Here, having greens in government has made a major change to our country. The difference between government and opposition is like night and day. We are achieving massive investment in public transport, renovation of buildings, renewables and electromobility which would not have happened without us going into government.

“We are not talking about change – we are actually doing it. The Irish programme for government could be transformational for Ireland – but for it to work, the Greens need to roll up their sleeves and deliver.”

Leonore Gewessler, Austria’s federal minister for climate action, said the greens in government there had made a big difference.

“Being in government is not the easy route to take, but it is how you get things done. Austria is now aimed at climate neutrality by 2040, with major investment in sustainable transport and renewables, because greens are part of government for the first time.

“I was very happy to hear about the climate ambition of the Irish draft programme for government. This is a real opportunity to create positive change for Ireland and Europe. Banning fracked gas and building up sustainable transport are major wins, and will also have an impact for the European debate. This is about saving the planet and improving lives,” she said.