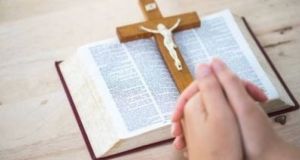 The meeting heard there was no pension for Catholic priests in this country and what was available to a retiring priest was at the whim of his bishop. Photograph: Getty Images

Priests were “broken-hearted” and left “feeling flat” following the visit to Ireland of Pope Francis last August, the Association of Catholic Priests (ACP) agm was told in Athlone on Wednesday.

Fr Gerry O’Connor of the ACP leadership also said that “dealing with bishops is very difficult and not a rewarding experience. We feel they are playing a game with us”.

Whereas he and other members of the ACP leadership team were well-prepared for such meetings with the bishops, “they give the impression of no preparation other than a desire to get us off their backs”. He said: “We need to express our exasperation.”

The meeting was attended by about 120 priests from all over Ireland.

A draft open letter to the bishops from the ACP was discussed at the agm. It describes members as “extremely discouraged” by the bishops’ attitude, “the personal disparagement of the Association by individual bishops and, not least, by the frustratingly ineffective engagement with the bishops over the last seven years.”

They suggested “it may best serve our Association and our Church to take a different road.” What this might be is not specified.

Referring to the visit of Pope Francis, the draft letter described it as “a strange few days. On the one hand, the palpable delight of so many...and the lift it has given to the Irish Church. On the other, a sinking feeling that the visit and the expectations it generated were derailed by an unexpected, though not unpredicted, focus on the sexual abuse issue.”

The draft letter continued: “What surprised and upset so many (not just Catholics but priests and, no doubt, bishops too) was the virulence of the negative commentary and the lack of engagement by so many Catholics with the visit.”

It was “a stunning reminder that the Catholic Church in Ireland is now in a different place and that the challenges deserve and demand our unremitting focus on the reforms proposed by Pope Francis”. Otherwise the Church “will become more and more peripheral in the lives of more and more Catholics and less and less credible in our society,” it said.

Where the ACP was concerned, they believed “more is needed in terms of a committed and realistic engagement with the Irish bishops than what has been delivered so far.”

Fr Mattie Long told the meeting that, unlike in the Church of Ireland, there was no pension for Catholic priests in this country and what was available to a retiring priest was at the whim of his bishop. He spoke of one priest who retired at 72 - the age of retirement for priests is 75 - on medical advice following an operation. This was rejected by the bishop with the result that the priest was living in penury at his family’s home on €340 a month. The priest felt “demeaned” by the experience.

Another priest who wanted to retire at 67 after 40 years service was told he had no financial rights to a pension and now lived in his family’s home on the State pension.

Fr Long also queried the right of bishops to include the State pension when assessing a priest’s post-retirement income as the bishop makes no contribution to that pension since he is not considered an employer under law. “Are we genuinely self-employed?” asked Fr Long of the meeting.

Fr Tim Hazelwood drew the meeting’s attention to Church guidelines for funerals of priests who had been stood down from ministry following an allegation of abuse. Such men were frequently left “in limbo,” he said, and some died in that state before a finding was arrived at concerning the allegation(s).

In such cases the funeral guidelines directed that “no death notices should appear in the local or national newspapers or on internet websites. The deceased priest should not be referred to by his Christian name throughout the rites. No vestments to be worn by priests attending the funeral. The funeral Mass is not to be concelebrated.”

One priest told the meeting he had attended three such funerals “and all were miserable occasions, by instruction of the bishop.”