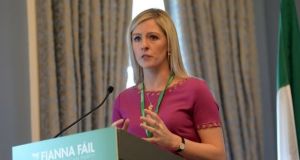 Most former Fianna Fáil TDs who lost their seats in the recent general election are expected to be nominated to run for the vocational panels in the Seanad election which takes place next month.

Final decisions are also expected in the next 24 hours for Fine Gael candidates, with between 50 and 60 party members seeking nominations with about 13 remaining places available on what is known as the “inside” party ticket.

One Fine Gael source said “there’ll be skin and hair flying” after a sub-committee of the party’s national executive meets to decide the final list. Twelve of the party’s TDs lost their seats.

An “inside” nomination requires the backing of four TDs and/or Senators while individuals can seek “outside” nominations from civic society organisations. Nominations for outside bodies closed on Monday while the deadline for inside nominations is next Monday.

In Fianna Fáil, six of the 16 TDs who lost seeks are understood to be retiring from politics. They are Bobby Aylward of Carlow-Kilkenny; Donegal’s Pat ‘The Cope’ Gallagher; Eamonn Scanlon in Sligo-Leitrim; John Brassil in Kerry; John Curran in Dublin Mid-West and Frank O’Rourke in Kildare North.

Former Clare TD Timmy Dooley has also secured a nomination as has former Cork East TD Kevin O’Keeffe along with the last Dáil’s shortest serving TD Malcolm Byrne, who was elected in the Wexford byelection in November and served for just five sitting Dáil days.

More than 25 Fianna Fáil candidates have already been nominated on the outside panels but the party is confident that after a “fragmented” first-preference vote, the electorate will vote along party lines and they expect about 14 or 15 Seanad seats.

Fine Gael policy is focused on gaining representation in areas where the party has no seats and candidates will be prioritised in those.

A number of former TDs have already secured nominations including Government Chief Whip and Minister of State Sean Kyne who was appointed a Senator as a Taoiseach’s nominee following the election of Frankie Feighan to the Dáil.

The electorate includes outgoing Senators, incoming TDs and all county and city councillors, a total electorate of just under 1,200.

Unlike a Dáil election, Seanad candidates seek support from all over the country and have begun a frantic campaign to visit as many TDs, Senators and councillors as they can.

One Fianna Fáil TD who served a term as a senator said that he had travelled around the country and canvassed every councillor in the party and visited as many Independents as he could and some of the smaller parties’ councillors.

For the most part he said the electorate is very polite will listen to the pitch.

He said it was very important to meet voters face to face, especially those in a candidate’s area and surrounding counties and “when you’re offered the ninth cup of tea don’t refuse it”.