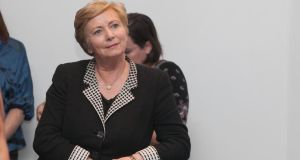 Three new terrorism offences have been created under legislation introduced in the Seanad yesterday by Minister for Justice Frances Fitzgerald.

She said that under the Criminal (Terrorist Offences) (Amendment) Act 2014 the offences would be public provocation to commit a terrorist offence, recruitment for terrorism and training for terrorism.

“The Bill shows the Government’s commitment to combat terrorism, in all its guises,’’ said Ms Fitzgerald. “The scourge of terrorism is unfortunately more evident in the world than ever and I am sure that Senators will appreciate the importance of tackling it at source so as to be able to deal, when necessary, with incitement, recruitment and training for terrorist activities.”

The Minister said that the legislation would enable Ireland to further fulfil its international commitments in the area of counter-terrorism and to stand united with European colleagues, and indeed democratic nations across the globe, in combating terrorist crimes and protecting innocent citizens everywhere.

“Those who would threaten the lives of ordinary people by engaging in acts of terrorism, whether on this island or elsewhere, must be brought to justice and know that the international community will not tolerate their activity and will take all possible action to prevent and punish it,” she added.

She said that existing legislation, such as the Offences Against the State Acts and the Criminal Justice (Terrorists Offences) Act 2005, which the Bill updated, contained offence provisions which covered a range of terrorist and terrorist-related activities.

The 2005 Act, she said, incriminated terrorist offences as a separate category of crime and contained lists of offences which, with the requisite intent, would constitute terrorist offences. Penalties for such offences were severe and, if sufficiently serious, included life imprisonment, she added.

The Minister said terrorism was a constant threat to freedom and the rule of law. “There is considerable concern across Europe and elsewhere at the phenomenon of individuals travelling to conflict areas in the Middle East and the . . . threat posed to national security,” she added.