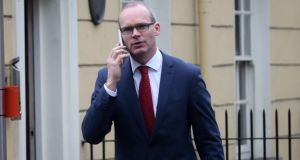 The Air Corps had to be threatened with prosecution before it implemented safety procedures on the handling of dangerous chemicals and solvents, four years after the issue was first highlighted, Fianna Fáil leader Micheál Martin has claimed.

He said complaints were made to the Department of Defence, the Air Corps and the Army in 2012, that workers at the Air Corps’ maintenance shops in Baldonnel were not receiving occupational health monitoring as required by law and were not being provided with protective clothing and equipment.

The Cork South-Central TD claimed that three whistleblowers warned his constituency colleague, then minister for defence Simon Coveney in November 2015 about conditions at Baldonnel and the degree to which staff there were exposed to those chemicals and solvents, but received no formal acknowledgement.

He asked why the State was so slow to respond to the issue and he called on the Taoiseach to commission a health outcome study of aircraft maintenance personnel and he claimed the Government’s response “is to bury this matter”.

PDForra, the representative body for the Defence Forces wrote to the Air Corps in 2015 warning that any health inspection would produce damning findings.

But he said it was 2016 before the Health and Safety Authority (HSA) threatened the Air Corps with prosecution unless it implemented recommendations including monitoring staff health to check if they experienced adverse effects because of their duties.

Mr Martin claimed that the whistleblowers received no formal acknowledgement from the minister and “the response from the State has been standard and deeply depressing. It has resorted to the courts.

“There are currently six cases before the courts and the Government is fighting them very strongly and acknowledging no negligence.”

Enda Kenny told him an independent review was underway and being finalised. The Taoiseach said that once he received the review “the Minister of State will see to it that all recommendations to ensure the safety of the members of the Defence Forces are acted upon properly”.

He said litigation was ongoing and he would not comment on it, but “the issues raised need to be dealt with and will be dealt with”.

Snow and ice warning for Connacht and Cavan and Donegal 13:57
Man injured in east Belfast gun attack 13:19
Dublin house deaths: woman still being treated in hospital 13:08
Negotiating trade deal in 10 months will be difficult – McEntee 12:42
Seamus Mallon tributes: Sharon Stone among those to sign book of condolence 11:09
SUBSCRIBER ONLY