Review of mortuary at Waterford hospital announced by Minister for Health 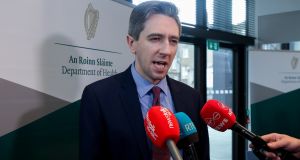 Minister for Health Simon Harris acknowledged the need for a review and for “questions to be answered on how the mortuary operates and to ensure best practice is in place”. Photograph: Gareth Chaney/Collins

A review of the operation of the mortuary at Waterford University Hospital is to take place, the Minister for Health Simon Harris has confirmed.

The announcement comes two weeks after controversy erupted over the state of the hospital mortuary after four pathologists who work at the hospital said in internal correspondence that dead bodies had been left lying on trolleys, leaking bodily fluids onto corridors and making closed-coffin funerals unavoidable in some cases. They said there was a lack of capacity in the mortuary’s fridges.

Mr Harris said terms of reference for the review would be considered in coming days.

He said he would be happy to hear from Waterford Oireachtas members on the issue.

Mr Harris said he spoke again to hospital management on Wednesday and “I’ve given the absolute go ahead for the tender to issue in relation to the permanent build for the mortuary”. The process to issue the tender would take a number or weeks, he added.

Temporary new refrigeration facilities promised by the HSE after the controversy erupted will be in place at the hospital mortuary by Friday, he confirmed.

Mr Harris was responding to the concerns of a number of TDs over the controversy.

He stressed the importance of “dignity in death” and acknowledged the need for a review and for “questions to be answered on how the mortuary operates and to ensure best practice is in place”.

The South/South West hospital group which has responsibility for the hospital, last week said it had “no evidence” to substantiate the consultants’ claims set out in a letter to the chief executive of the group last October.

Taoiseach Leo Varadkar then said he was not sure if the claims were true and it was a “strange story”. At the weekend however Mr Varadkar said he wanted to “apologise unreservedly” to anyone who felt he had played down the seriousness of the refrigeration issues raised by four pathologists at the hospital. “This is one I got wrong,” he said.

Sinn Féin leader Mary Lou McDonald called in the Dáil for a “fully independent investigation” to ensure the full facts are heard.

Ms McDonald said that “some relatives had to wake their loved ones in closed coffins due to advanced decomposition caused by the mortuary conditions and they were never told why”.

And she pointed to the State pathologist’s direction to gardaí to avoid using the mortuary due to concerns of evidence contamination.

Fianna Fáil Waterford TD Mary Butler said gardaí, the State pathologist and the public no longer had confidence in the hospital.

She said the Government was “failing families and it’s failing the dead”.

Fianna Fáil Kilkenny TD Bobby Aylward said there were families from Kilkenny who had loved ones buried in closed coffins but were never told why and it was “disgraceful”.

Sinn Féin Waterford TD David Cullinane said there were issues around open disclosure and he asked if the Minister understood the public’s anger at what had happened. He said Waterford Oireachtas members should be consulted on the review as should the families affected.

“Not one single family was ever informed of the poor state of the mortuary and that beggars belief,” Mr Cullinane said.

The Minister said the temporary mortuary facilities would increase the number of refrigerated places from six to 13 pending the building of the new mortuary, which was now going to tender.

He would take “a couple of days” to consider the review’s terms of reference and who should carry it out.