Cuts to fund a ‘false economy’ if student has to drop out of college, Averil Power argues 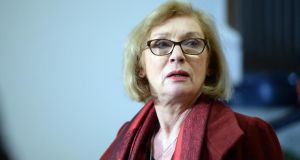 Minister for Education Jan O’Sullivan will try to increase discretionary funding next year to help students facing severe financial hardship, but there is no more money in this year’s “pot”.

Fianna Fáil Senator Averil Power said there was a “desperate need” for the Minister to find extra funding.

The student assistance fund helps those who are struggling financially or who face unexpected hardship during the year that puts their academic progress at risk.

The former Trinity College Dublin student union officer said funding had been cut from €8 million in 2013 to €6.6 million in the current academic year, and most colleges had already exhausted their allocation by the end of December.

Speaking in the Seanad, Ms Power said students would drop out of college “in many cases because they do not have just a few hundred euro to pay their rent or meet other costs”.

She described it as “such a false economy” because it would cost the Government if a student had to sign on.

Ms O’Sullivan has discussed the issue with the president of the Union of Students in Ireland (USI). She said the fund, managed by the Higher Education Authority (HEA), included the student assistance fund and the fund for students with disabilities and totalled €15 million in the past two years.

She said the HEA was commissioning an independent review of the fund, adding that “practice varies widely between the institutions”.

Ms Power said it was “incredibly unfair” that students with disabilities and students facing severe financial hardship should have to compete for the same money.

The Minister said that was the way the fund was set up, and “the amount of money in the pot for this year is fixed”. However, she was willing to explore with the HEA and USI ways to progress the matter, particularly for next year.