Ministers should not have lost State cars and drivers, says FG Senator

Catherine Noone claims politicians degraded themselves in populist cost-cutting moves 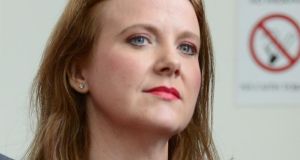 Senator Catherine Noone said the public sees the Seanad “as a creche or a retirement home’’. Photograph: Cyril Byrne

Government Ministers should not have lost their State cars and drivers, Fine Gael Senator Catherine Noone has said.

“We get no gratitude for that kind of thing,’’ she said.

The allocation of official cars, usually a Mercedes, and Garda drivers to ministers was ended in 2011 as a cost-cutting measure. They were retained only in the case of the taoiseach, tánaiste and minister for justice.

Ministers now provide their own cars and are paid travelling expenses. They hire two civilian drivers paid by the State.

Ms Noone was speaking in the Seanad on Tuesday in favour of increased pay and conditions for councillors.

“I do not know whether other Senators agree with my view on the body politic, which is that as politicians – I do not necessarily mean here in the Seanad – we have kind of degraded ourselves over the years,’’ she said.

“We have made populist moves to try to endear ourselves to a public that has no interest in many of the moves in question.’’

She said the Seanad was now seen “as a creche or a retirement home’’ by the public and those involved in politics needed to have a good look at that as a profession.

She said she did not think the issue was party political, adding it had gone on for years.

Fianna Fáil Senator Diarmuid Wilson said the option for councillors of drawing €5,000 of vouched expenses was so restrictive that fewer than 3 per cent of them had opted for it.

Another measure introduced last year had changed payment rates for mileage with a banding system on a par with the rest of the public sector.

“These bands and rates were agreed by the public-sector unions and representatives of the Government without any input from those who represent local authority members,’’ Mr Wilson added.