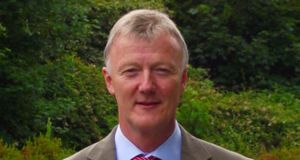 Mother-and-baby homes: Gerry Kearney is to chair the collaborative forum for former residents

A former secretary general of a government department, Gerry Kearney, is to chair the collaborative forum for former residents of mother-and-baby homes. The announcement was made in the Dáil on Tuesday by Minister for Children Katherine Zappone, who said Mr Kearney was looking forward to beginning what was hoped would be “an extremely engaging and fruitful endeavour”.

Ms Zappone said the forum would give former residents of the homes an opportunity to contribute to decisions made on their behalf. “Participants will create and drive forward a process that they can support and trust and actively participate in recommending actions and solutions to address their concerns.”

Mr Kearney was secretary general of the department of community, equality and Gaeltacht affairs. He also chaired the consultative group established to consider the future of Moore Street in Dublin. The Minister said his experience would be of considerable benefit to the forum in developing proposals and framing recommendations.

She added that a selection panel establishing the forum would include human rights and advocacy groups, plus academics with experience in the field. She hoped, she said, to announce the members of the panel shortly and envisaged its meeting by the end of the month. She would then advertise for members of the public and interested parties to formally express an interest in participating in the forum.

“I anticipate that the forum will meet on a monthly basis for a period of at least a year,’’ Ms Zappone said. “However, if they reach a consensus on any issues before then I will be happy to hear from them.’’

She said the United Nations’ special rapporteur on the promotion of truth, justice, reparation and guarantees of nonrecurrence, Pablo de Greiff, would be invited to consider the State’s response to the legacy of the homes and examine the progress made.