‘They couldn’t fire her for doing that awful interview. They aren’t grounds for dismissal’ 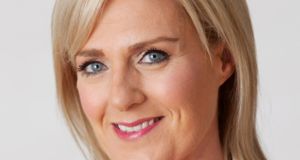 Maria Bailey TD has withdrawn her claim against a Dublin hotel over a fall on an unsupervised swing.

After hours of speculation inside Leinster House throughout Wednesday, news emerged at 7pm that Fine Gael planned to hire a senior counsel, David Kennedy, to establish “all facts” in relation to a personal injury claim taken by Dún Laoghaire TD Maria Bailey.

The claim, now withdrawn, was against a Dublin hotel over a fall on an unsupervised swing.

“He said that he had met her, they had a conversation, and she agreed that there will be a formal review. At the end he pointed out that we should respect a colleague’s humanity. He just said he would appreciate if we would bear in mind when commenting that she is a TD, a colleague, a mother,” one TD who was present said.

Ms Bailey did not chair the Oireachtas Committee on Housing on Wednesday morning, the first sign that potentially significant developments were imminent.

She was seen at the Merrion Street entrance to Leinster House at lunchtime yesterday, and was seen on the ministerial corridor in Government Buildings an hour later. One source said she appeared to be looking for the Tánaiste Simon Coveney, with whom she is friendly, but Mr Coveney was in fact en route to Cork.

Although no one appears to know how long the meeting with Mr Varadkar lasted, Ms Bailey was seen back on her own office corridor in Leinster House after 6pm.

One Cabinet source said the decision to appoint Mr Kennedy was a “very serious” development.

There appears to be a consensus among party members that the move not only buys Fine Gael more time to consider the situation but that it could also offer the party political cover should it eventually sanction Bailey.

The fact that the review will last two weeks means the “sword of Damocles is still hanging over her”, a party source said.

“They couldn’t fire her for doing that awful interview. They aren’t grounds for dismissal.

“But if a senior counsel conducts his review and finds there was no merit in taking the case, he can make a finding on that basis, and if he can do that, that could be grounds for dismissal or sanction. Bringing the party into disrepute is very serious.

“The membership are going bananas. They don’t want her running again.”

Some inside Fine Gael have said that Ms Bailey is becoming increasingly isolated.

Many have pointed towards comments made by the Minister for Finance Paschal Donohoe on RTÉ radio on Wednesday, when he admitted the issue was being raised on the doors. They have also wondered whether Mr Coveney will publicly comment or support Ms Bailey.

“What Paschal said is important, he is the man at the wheel. If he is coming out and commenting, Simon Coveney must be reflecting on his membership vote and how backing Maria publicly would be disastrous for him.”

Beyond the inner party machinations, there is a bigger issue at play. That is the arithmetic of the Dáil and the numbers required for Mr Varadkar to govern.

The speculation on Wednesday night was that, when the European elections are complete, there will be 154 members of the Dáil thanks to the departure to Brussels of Clare Daly, Billy Kelleher, Frances Fitzgerald and probably Mick Wallace.

Fine Gael would need a majority of 56 votes in this case. With the Fine Gael party, the Independent Alliance, Independents Katherine Zappone, Seán Canney and Noel Grealish, the Government has 55 votes currently. Add in the guaranteed support of Michael Lowry and the regular support of Denis Naughten, and the number climbs to 57. Without Ms Bailey, the Government would be more reliant on Lowry and Naughten than ever before.