Grace’s foster home ‘continued to care for other children’ 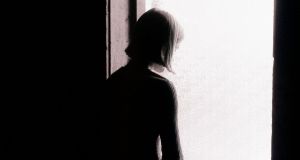 Independent TD Mick Wallace said he had received information which showed a young woman, known as “Ann”, was making day visits to the home until 2015.

A foster home at the centre of allegations about the abuse of the intellectually disabled woman “Grace” cared for other children until 2015, the Dáil was told on Tuesday night.

The claim came as the House debated the terms of reference for the proposed commission of investigation into the home in the southeast of the State.

Minister of State for Disability Finian McGrath was urged to widen the scope of the inquiry to include the other 47 children who stayed at the home.

Independent TD Mick Wallace said he had received information which showed a young woman, known as “Ann”, was making day visits to the home until 2015.

The Health Service Executive previously insisted Grace was the last person to be cared for in the home and her respite ended in October 2013.

However, Mr Wallace alleged that day visits continued because the family were unaware of the allegations of abuse levelled at the foster family. He also claimed a young girl had been repeatedly raped in her foster placement by an older boy living there.

Speaking with Dáil privilege, Mr Wallace alleged that a social worker demanded in 2007 that the HSE review what had occurred, but that this was declined.

In 2015, the social work team leader in charge of the foster placement at the time of the rapes was promoted to principal social worker in Waterford disability services and now had overall social work responsibility for Grace.

“This is not to say that this person is in any way individually culpable, but it does suggest if you can be relied upon to keep silent in cases of where the HSE is exposed to legal claims, the sinister and behind-closed-doors management of the HSE will be there to reward you,’’ he added.

The two whistleblowers who first raised Grace’s case said the scope was too narrow and needed to include other children.

They were present in the House when the terms of reference were being discussed and later met with Fianna Fáil TD John McGuinness, party leader Micheál Martin and Labour leader Brendan Howlin.

Mr Howlin said Labour would seek a wider remit for the commission insisting it must include the 47 other children. “How can their evidence and direct experiences be segmented out? Postponed to another time and another inquiry.”

Earlier, Taoiseach Enda Kenny said the commission could be expanded to cover other alleged abuse cases.

“Its first imprimatur is to deal with that case and all the issues raised over the years,’’ he added.

Fianna Fáil spokeswoman on disability Margaret Murphy O’Mahony said the appalling allegations made, and the inadequacy of the HSE response, meant the commission was absolutely necessary.

Sinn Féin spokesman Caoimhghín Ó Caoláin said it was vitally important to get to the bottom of why all that happened to Grace was allowed happen.